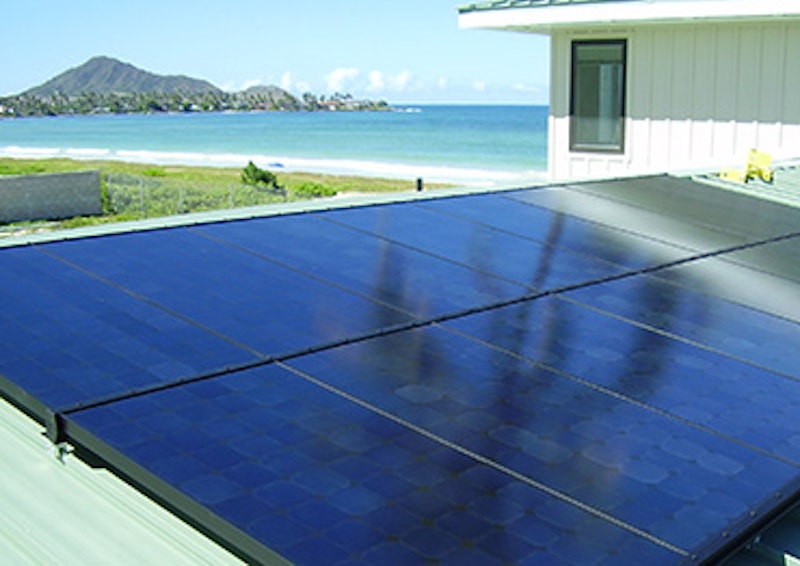 Hawaiian Electric Companies have submitted contracts for seven grid-scale, solar-plus-storage projects on three islands to the Public Utilities Commission for review. The projects are part of the largest and lowest cost portfolio of new renewable energy resources to be assembled in Hawaii. For more information see the IDTechEx report on Distributed Generation: Minigrid Microgrid Zero Emission 2018-2038.
The projects - three on Oahu, two on Maui and two on Hawaii Island - will add approximately 262 megawatts (MW) of solar energy with 1,048 megawatt-hours (MWh) of storage. The energy storage can provide four hours of electricity that can further reduce fossil fuel use during peak demand in the evening or at other times when the sun isn't shining.
In the 10 years since the state created the Hawaii Clean Energy Initiative, the companies have reduced fossil fuel use by 26 percent, importing about 48 million fewer gallons of oil annually to generate electricity. These seven projects, if approved by regulators, have the potential to nearly double that reduction to 100 million gallons when compared to 2008.
The prices for six of the seven projects are the lowest to date for renewable electricity in the state. The prices reflect the contractual flexibility that enables the utility to dispatch energy from each facility to meet the needs of the grid. All of the projects will provide stable, long-term prices in place of the volatile prices of fossil fuels.
These prices, which are charged to customers with no mark-up or profit to the utility, are significantly lower than the current cost of fossil fuel generation, which is about 15 cents per kilowatt-hour.
"We believe strongly that the renewable energy transformation should benefit everyone and these seven projects will help stabilize customer costs while reducing our reliance on imported fossil fuel and cutting greenhouse gas emissions," said Shelee Kimura, Hawaiian Electric senior vice president of business development and strategic planning.
These seven solar-plus-storage projects are the result of a procurement effort the companies began in February 2018 to expand their renewable energy portfolios. An additional project, a 12.5-megawatt solar array in West Oahu that will include a 50-megawatt-hour storage system, is also being planned, with the contract expected to be submitted to regulators in coming weeks.
Hawaiian Electric, Maui Electric and Hawaii Electric Light already have more than 500 MW of renewable energy under contract in addition to nearly 80,000 private rooftop systems in operation. The cost of renewable energy continues to drop, aided by tax credits available to developers.