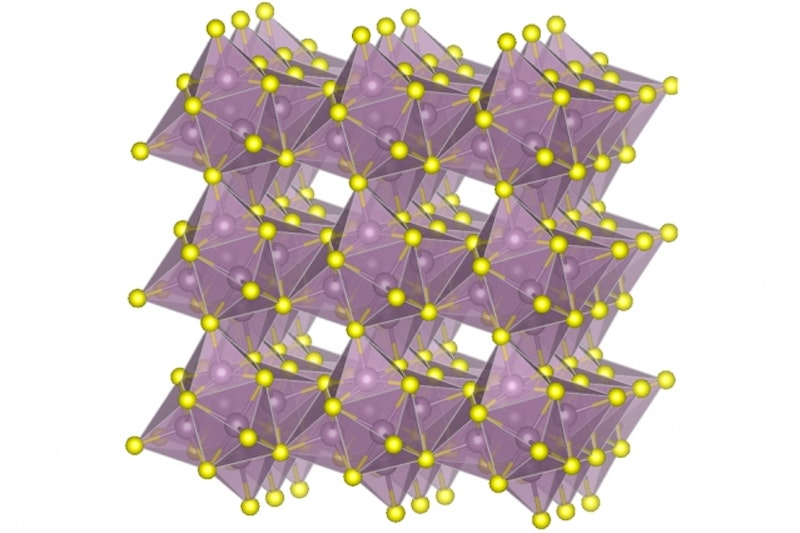 Researchers around the globe have been on a quest for batteries that pack a punch but are smaller and lighter than today's versions, potentially enabling electric cars to travel further or portable electronics to run for longer without recharging. Now, researchers at MIT and in China say they've made a major advance in this area, with a new version of a key component for lithium batteries, the cathode. For more information see the IDTechEx report on Advanced Li-ion and Beyond Li-ion Batteries 2018-2028.
The team describes their concept as a "hybrid" cathode, because it combines aspects of two different approaches that have been used before, one to increase the energy output per pound (gravimetric energy density), the other for the energy per liter (volumetric energy density). The synergistic combination, they say, produces a version that provides the benefits of both, and more.
The work is described in the journal Nature Energy, in a paper by Ju Li, an MIT professor of nuclear science and engineering and of materials science and engineering; Weijiang Xue, an MIT postdoc; and 13 others.
Today's lithium-ion batteries tend to use cathodes (one of the two electrodes in a battery) made of a transition metal oxide, but batteries with cathodes made of sulfur are considered a promising alternative to reduce weight. Today, the designers of lithium-sulfur batteries face a tradeoff.
The cathodes of such batteries are usually made in one of two ways, known as intercalation types or conversion types. Intercalation types, which use compounds such as lithium cobalt oxide, provide a high volumetric energy density — packing a lot of punch per volume because of their high densities. These cathodes can maintain their structure and dimensions while incorporating lithium atoms into their crystalline structure.
The other cathode approach, called the conversion type, uses sulfur that gets transformed structurally and is even temporarily dissolved in the electrolyte. "Theoretically, these (batteries) have very good gravimetric energy density," Li says. "But the volumetric density is low," partly because they tend to require a lot of extra materials, including an excess of electrolyte and carbon, used to provide conductivity.
In their new hybrid system, the researchers have managed to combine the two approaches into a new cathode that incorporates both a type of molybdenum sulfide called Chevrel-phase, and pure sulfur, which together appear to provide the best aspects of both. They used particles of the two materials and compressed them to make the solid cathode. "It is like the primer and TNT in an explosive, one fast-acting, and one with higher energy per weight," Li says.
Among other advantages, the electrical conductivity of the combined material is relatively high, thus reducing the need for carbon and lowering the overall volume, Li says. Typical sulfur cathodes are made up of 20 to 30 percent carbon, he says, but the new version needs only 10 percent carbon.
The net effect of using the new material is substantial. Today's commercial lithium-ion batteries can have energy densities of about 250 watt-hours per kilogram and 700 watt-hours per liter, whereas lithium-sulfur batteries top out at about 400 watt-hours per kilogram but only 400 watt-hours per liter. The new version, in its initial version that has not yet gone through an optimization process, can already reach more than 360 watt-hours per kilogram and 581 watt-hours per liter, Li says. It can beat both lithium-ion and lithium-sulfur batteries in terms of the combination of these energy densities.
With further work, he says, "we think we can get to 400 watt-hours per kilogram and 700 watt-hours per liter," with that latter figure equaling that of lithium-ion. Already, the team has gone a step further than many laboratory experiments aimed at developing a large-scale battery prototype: Instead of testing small coin cells with capacities of only several milliamp-hours, they have produced a three-layer pouch cell (a standard subunit in batteries for products such as electric vehicles) with a capacity of more than 1,000 milliamp-hours. This is comparable to some commercial batteries, indicating that the new device does match its predicted characteristics.
So far, the new cell can't quite live up to the longevity of lithium-ion batteries in terms of the number of charge-discharge cycles it can go through before losing too much power to be useful. But that limitation is "not the cathode's problem"; it has to do with the overall cell design, and "we're working on that," Li says. Even in its present early form, he says, "this may be useful for some niche applications, like a drone with long range," where both weight and volume matter more than longevity. "I think this is a new arena for research," Li says.
The work was supported by the Samsung Advanced institute of Technology, the National Key Technologies R&D Program of China, the National Science Foundation of China, and MIT's Department of Materials Science and Engineering. The team also included professor Jing Kong and others at MIT, as well as researchers at the Chinese Academy of Sciences in Beijing, the Songshan Lake Materials Laboratory in Guangdong, China, the Samsung Advanced Institute of Technology America in Burlington, Massachusetts, and Tongji University in Shanghai.
Source and top image: MIT