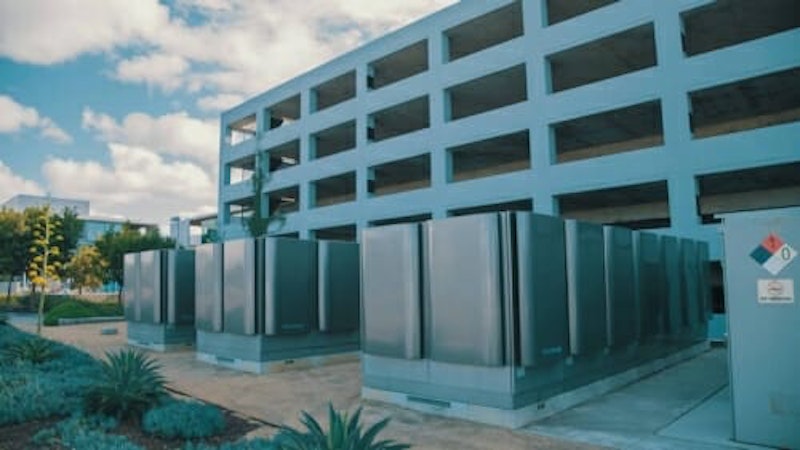 A promising alternative to conventional power plants, solid oxide fuel cells use electrochemical methods that can generate power more efficiently than existing combustion-based generators. But fuel cells tend to degrade too quickly, eating up any efficiency gains through increased cost. For more information see the IDTechEx report on Fuel Cell Vehicles 2019-2029.
Now, in an advance that could help lead the way toward longer-lived green energy devices, engineers at the University of Wisconsin-Madison have revealed new insights about the chemical reactions that power fuel cells.
"Fuel cells are exciting technologies with potentially disruptive capabilities," says Dane Morgan, a professor of materials science and engineering at UW-Madison who led the research. "But degradation issues have been a major obstacle for the consumer market." He and his collaborators described their findings recently in the journal Nature Communications.
One reason that fuel cells degrade is that the devices must operate at extremely high temperatures — in excess of 1,500 degrees Fahrenheit — to drive the chemical reactions that create electricity.
Fuel cells combine oxygen with an external fuel source, a similar process to the heat and light-yielding transformation that occurs in fire. Yet fuel cells perform those chemical reactions without burning. That's why fuel cells can generate energy with significantly more efficiency than combustion.
Instead, fuel cells operate somewhat like batteries, consisting of two electrodes separated by an electrolyte, which is a material that transports ions. One of the electrodes splits oxygen gas from the air into individual atoms, which can then be transported and combined with fuel. Importantly, splitting oxygen frees up electrons that can move through a circuit as current to power homes or devices. This oxygen-splitting takes place at a component called the cathode.
But oxygen gas is fairly stable and therefore reluctant to split. And efforts to drive the reactions efficiently at lower temperatures with compatible materials have been challenging, in part because researchers truly don't know the atomic scale details of the chemical reactions that take place at the cathode.
"Previously, researchers really didn't understand what the rate-limiting steps are for how oxygen comes onto a surface, splits and enters a material," says Yipeng Cao, the lead student on the study.
In order for oxygen to enter the cathode, the gas molecule must split into two atoms. Then each atom must encounter a structure called a vacancy, which is a little molecular gap at the surface of the material that allows oxygen to enter. Understanding this process is difficult because it happens at the top atomic layers of the cathode, whose chemistry can be quite different from the bulk of the material.
"Measuring composition and vacancy chemistry at those top two layers is extremely challenging," says Morgan.
The new insights about the chemical reactions that power fuel cells could help lead the way toward longer-lived green energy devices. That's why he and colleagues turned to computer simulations. As leading experts in molecular modeling, they combined density functional theory and kinetic modeling to gain atomic-level insight into the reactions occurring on the top two layers of the cathode.
The team determined that splitting is not the rate-limiting step in the studied material. They learned that what's limiting fuel cell efficiency is the way in which oxygen atoms find and enter vacancies at the surface. Material with more vacancies, therefore, could potentially make fuel cells much more efficient.
"This could allow for materials design in a way that was very hard to do before," says Morgan.
The researchers focused on one particular material, a model compound for many common fuel cell cathodes called lanthanum strontium cobaltate. They're planning to expand the analysis to include other materials soon. The findings could have impact beyond fuel cells, too. Materials that exchange oxygen with the environment have numerous applications, including in water splitting, CO2 reduction, gas separation, and electronic components called memristors.
"I think we have a much better handle on how to control the oxygen exchange process," says Morgan. "It's early, but this could open the door to a broadly applicable design strategy for controlling oxygen exchange."
Source and top image: University of Wisconsin Madison