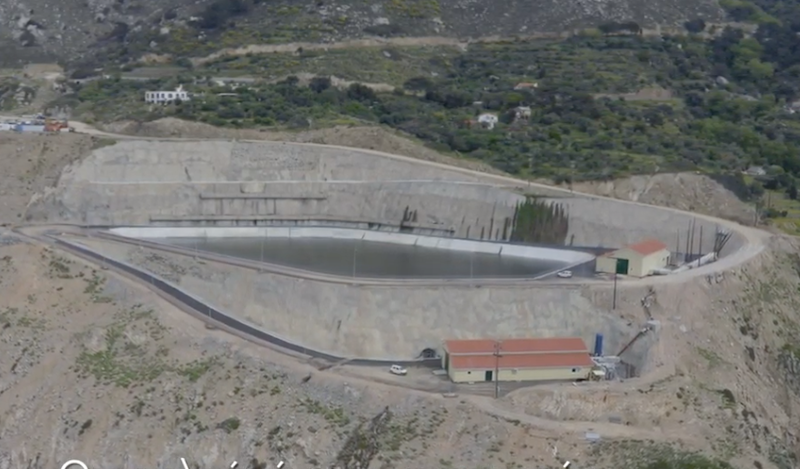 Greek power utility Public Power Corporation (PPC) has launched Europe's second hybrid renewable energy park, combining wind and hydraulic energy with energy storage, and Grid Master Control System solutions, on the Aegean island of Ikaria. For more information see the IDTechEx report on Distributed Generation: Minigrid Microgrid Zero Emission 2018-2038.
The 6.9 MW project has been implemented by PPC Renewables, a subsidiary of the majority state-owned PPC. The first European hybrid renewable energy system had been built on El Hierro, the smallest of the Canary Islands.
PPC Renewables has invested EUR 50 million in the project, which will secure 50% of the island's energy needs and decrease CO2 emissions by 13,800 tonnes a year. The island has so far produced electricity in an oil-fired station. The wind-hydro system includes a 2.7 MW wind farm, two hydropower plants with an installed capacity of 4.1 MW, a 3 MW pumping station, two water tanks, and one water reservoir. Estimated power generation of the system is around 9.8 GW/h
The wind farm is capable of delivering electricity directly to the grid, and also to the pumps when there is low demand for the electricity. Pumps are using the energy from the wind farm to pump the water from lower to higher reservoirs. The pumped-storage hydropower plant acts as energy storage and uses water from higher level reservoirs to generate electricity.
The hybrid system will be controlled by the Grid Master Control System, which will regulate the availability of energy, frequency, voltage regulation, fuel economy, emission reduction, and noise reduction. The estimated power generation of the system is around 9.8 GW/h.
The hybrid system will be controlled by the Grid Master Control System. In April, PPC Renewables and Volterra, a subsidiary of AVAX Group, agreed on the joint development and operation of 69.7 MW wind farms in Greece.
Source: Public Power Corporation, Balkan Green Energy News
Top image: Public Power Corporation