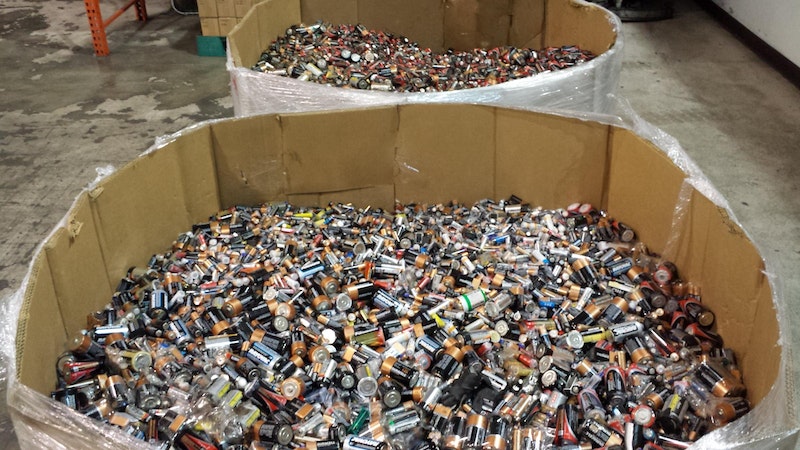 Proteins are good for building muscle, but their building blocks also might be helpful for building sustainable organic batteries that could someday be a viable substitute for conventional lithium-ion batteries, without their safety and environmental concerns. By using synthetic polypeptides -- which make up proteins --- and other polymers, researchers have taken the first steps toward constructing electrodes for such power sources. The work could also provide a new understanding of electron-transfer mechanisms. The researchers will present their results at the American Chemical Society (ACS) Fall 2019 National Meeting & Exposition. For more information see the IDTechEx report on Advanced Li-ion & Beyond Li-ion Batteries 2018-2028.
"The trend in the battery field right now is to look at how the electrons are transported within a polymer network," says Tan Nguyen, a Ph.D. student who helped develop the project. "The beauty of polypeptides is that we can control the chemistry on their side chains in 3D without changing the geometry of the backbone, or the main part of the structure. Then we can systematically examine the effect of changing different aspects of the side chains."
Current lithium-ion batteries can harm the environment, and because the cost of recycling them is higher than manufacturing them from scratch, they often accumulate in landfills. At the moment, there is no safe way of disposing of them. Developing a protein-based, or organic, battery would change this situation.
"The amide bonds along the peptide backbone are pretty stable -- so the durability is there, and we can then trigger when they break down for recycling," says Karen Wooley, Ph.D., who leads the team at Texas A&M University. She envisions that polypeptides could eventually be used in applications such as flow batteries for storing electrical energy. "The other advantage is that by using this protein-like architecture, we're building in the kinds of conformations that are found in proteins in nature that already transport electrons efficiently," Wooley says. "We can also optimize this to control battery performance."
The researchers built the system using electrodes made of composites of carbon black, constructing polypeptides that contain either viologen or 2,2,6,6-tetramethylpiperidine 1-oxyl (TEMPO). They attached viologens to the matrix used for the anode, which is the negative electrode, and used a TEMPO-containing polypeptide for the cathode, which is the positive electrode. The viologens and TEMPO are redox-active molecules. "What we've measured so far for the range, the potential window between the two materials, is about 1.5 volts, suitable for low-energy requirement applications, such as biosensors," Nguyen says.
For potential use in an organic battery, Nguyen has synthesized several polymers that adopt different conformations, such as a random coil, an alpha helix and a beta sheet, to investigate their electrochemical characteristics. With these peptides in hand, Nguyen is now collaborating with Alexandra Danielle Easley, a Ph.D. student in the laboratory of Jodie Lutkenhaus, Ph.D., also at Texas A&M University, to build the battery prototypes. Part of that work will include testing to better understand how the polymers function when they're organized on a substrate.
While this early stage research has far to go before organic-based batteries are commercially available, the flexibility and variety of structures that proteins can provide promise wide potential for sustainable energy storage that is safer for the environment.
Source: American Chemical Society
Top image: Michigan Radio