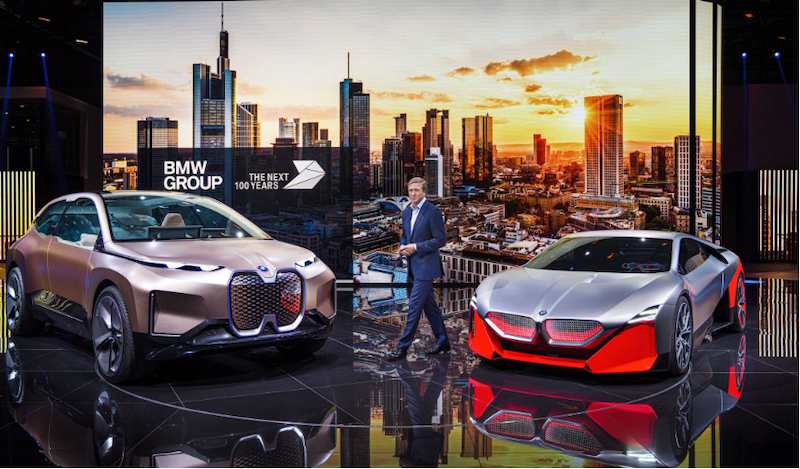 The BMW Group is focusing on the next electromobility milestone: "By the end of 2021, we aim to have a total of one million electrified vehicles on the roads," stated Oliver Zipse, Chairman of the Board of Management of BMW AG. "We are already right at the forefront of electromobility. No manufacturer has delivered more electrified cars to customers in Germany so far this year than the BMW Group. In Norway, three out of every four new BMW Group vehicles sold have an electrified drive train." For more information see the IDTechEx report on Electric Vehicles 2020-2030.
Looking ahead to the next decade, Zipse expects electromobility to develop at different rates around the world - due to the differences in infrastructure, customer driving profiles and political frameworks. According to BMW Group forecasts, customer demand should ensure that over 50 percent of new vehicle registrations in China's premium segment will be pure battery-electric vehicles (BEV) in 2030. The figure for Europe will be only about half that number. The US, the world's second largest vehicle market, will be at about the same level as Europe.
"The BMW Group is a global company. We will be able to offer our customers all relevant drive technologies: our conventional engines with benchmark efficiency, battery-electric drive trains, plug-in hybrids and, in the future, hydrogen fuel-cell vehicles," Zipse continued. "This puts us in a very strong strategic position to tackle the challenges of future mobility and climate change.
Hydrogen fuel cell technology could be a real solution, especially for long distances. The BMW Group expects demand for this technology to increase in the second half of the next decade and will be launching a test fleet of fuel cell vehicles in 2022. The company will present the BMW i Hydrogen NEXT development vehicle at this year's IAA.
Zipse confirmed the plan announced in June to significantly increase the tempo of its electromobility expansion: The 25 electrified models previously announced for 2025 will now be available two years earlier, in 2023. More than half of these 25 models will be fully electric. The basis for this is provided by flexible vehicle architectures for fully-electric vehicles, plug-in hybrids and models with combustion engines, as well as a highly flexible production system. As a result, the company is able to respond quickly to local market demand.
Electromobility can make a key contribution to climate protection. The BMW Group believes the customer will play a decisive role in this - because technology can only have a real impact if customers want it and use it.
"We aim to reduce emissions significantly. To realise this, we must concentrate on areas where we can achieve the greatest impact. We are therefore focusing on the question: Which drive trains, technologies and services will our customers want in the future? And how can we achieve the best outcome for climate protection? One thing is clear: We are committed to the Paris Climate Agreement."
Sustainability begins for the BMW Group right at the very beginning of the value chain. A good example of this is the BMW iX3, which will be released onto the market with a fifthgeneration e-drive system in 2020: The e-drive is manufactured without rare earths, and the cobalt for its battery cells is sourced directly from mines in Australia and Morocco. In addition, the electricity needed for production is mostly covered by renewable energy sources. For more information see the IDTechEx report on Distributed Generation: Minigrid Microgrid Zero Emission 2018-2038.
Source and top image: BMW Group