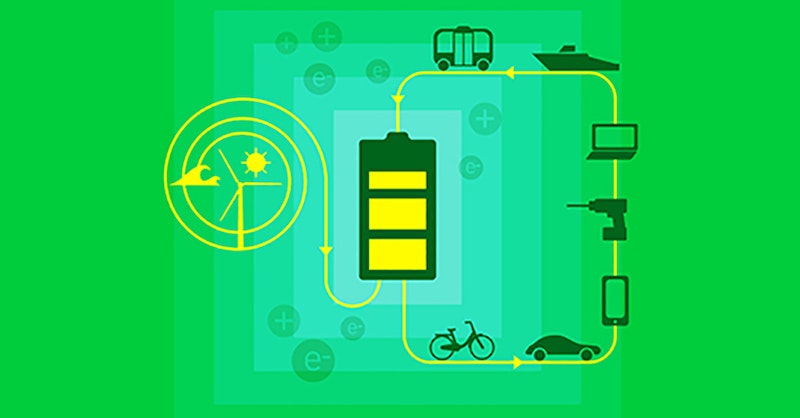 The Nobel Prize in Chemistry 2019 rewards the development of the lithium-ion battery. This lightweight, rechargeable and powerful battery is now used in everything from mobile phones to laptops and electric vehicles. It can also store significant amounts of energy from solar and wind power, making possible a fossil fuel-free society.

The Royal Swedish Academy of Sciences has decided to award the Nobel Prize in Chemistry 2019 to:
John B. Goodenough - The University of Texas at Austin, USA
M. Stanley Whittingham - Binghamton University, State University of New York, USA
Akira Yoshino - Asahi Kasei Corporation, Tokyo, Japan / Meijo University, Nagoya, Japan
... for the development of lithium-ion batteries.
Lithium-ion batteries are used globally to power the portable electronics that we use to communicate, work, study, listen to music and search for knowledge. Lithium-ion batteries have also enabled the development of long-range electric cars and the storage of energy from renewable sources, such as solar and wind power. Find out more about Lithium-Ion Batteries in the IDTechEx report Lithium-Ion Batteries for Electric Vehicles 2020-2030. 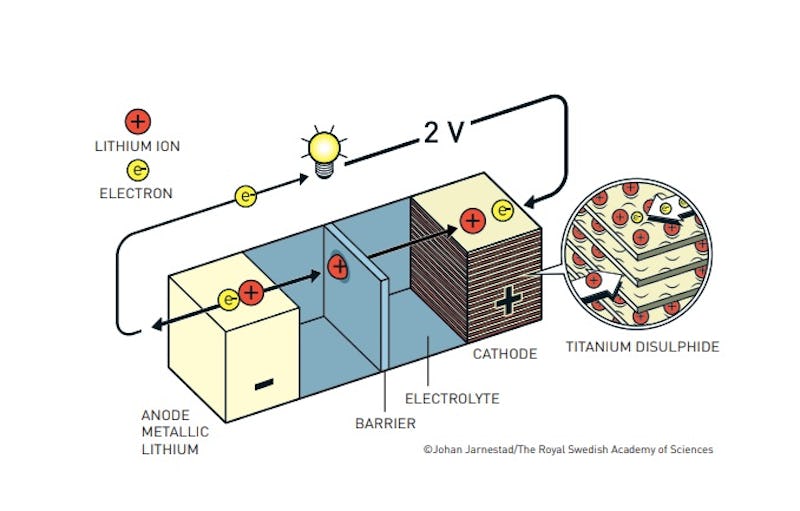 Whittingham's Battery. Source: Johan Jarnestad/The Royal Swedish Academy of Sciences
The foundation of the lithium-ion battery was laid during the oil crisis in the 1970s. Stanley Whittingham worked on developing methods that could lead to fossil fuel-free energy technologies. He started to research superconductors and discovered an extremely energy-rich material, which he used to create an innovative cathode in a lithium battery. This was made from titanium disulphide which, at a molecular level, has spaces that can house - intercalate - lithium-ions.
The battery's anode was partially made from metallic lithium, which has a strong drive to release electrons. This resulted in a battery that literally had great potential, just over two volts. However, metallic lithium is reactive and the battery was too explosive to be viable. 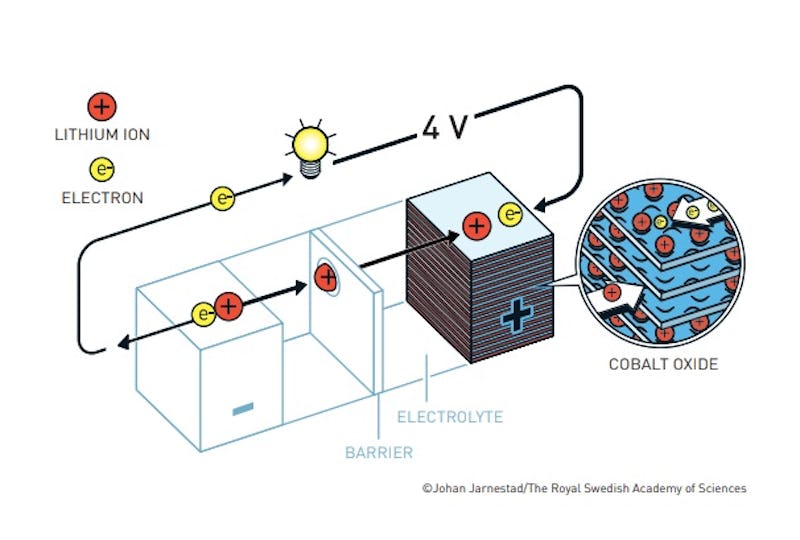 Goodenough's Battery. Source: Johan Jarnestad/The Royal Swedish Academy of Sciences
John Goodenough predicted that the cathode would have even greater potential if it was made using a metal oxide instead of a metal sulphide. After a systematic search, in 1980 he demonstrated that cobalt oxide with intercalated lithium ions can produce as much as four volts. This was an important breakthrough and would lead to much more powerful batteries.
With Goodenough's cathode as a basis, Akira Yoshino created the first commercially viable lithium-ion battery in 1985. Rather than using reactive lithium in the anode, he used petroleum coke, a carbon material that, like the cathode's cobalt oxide, can intercalate lithium ions. 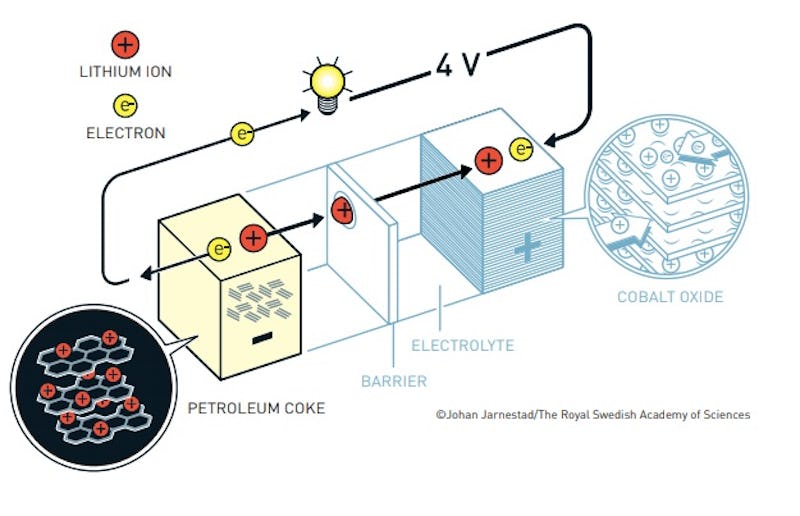 Yoshino's Battery. Source: Johan Jarnestad/The Royal Swedish Academy of Sciences
The result was a lightweight, hardwearing battery that could be charged hundreds of times before its performance deteriorated. The advantage of lithium-ion batteries is that they are not based upon chemical reactions that break down the electrodes, but upon lithium ions flowing back and forth between the anode and cathode.
Lithium-ion batteries have revolutionised our lives since they first entered the market in 1991. They have laid the foundation of a wireless, fossil fuel-free society, and are of the greatest benefit to humankind.