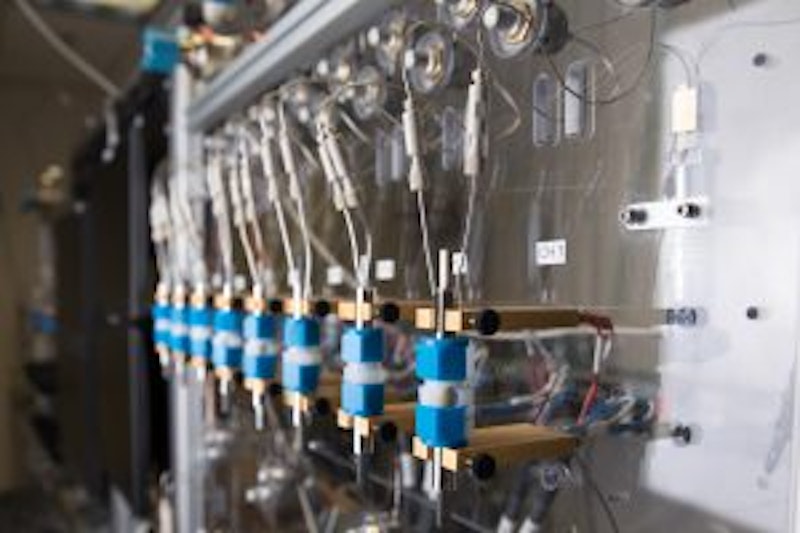 Research is building on a long history of materials science innovation to unveil a new battery discovery. This new research could help eliminate the need for heavy metals in battery production and transform the long-term sustainability of many elements of our energy infrastructure.
As battery-powered alternatives for everything from vehicles to smart energy grids are explored, there remain significant concerns around the sustainability of available battery technologies. Many battery materials, including heavy metals such as nickel and cobalt, pose tremendous environmental and humanitarian risks. Cobalt in particular, which is largely available in central Africa, has come under fire for careless and exploitative extraction practices. For more information see the IDTechEx report on Advanced Li-ion & Beyond Li-ion Batteries 2018-2028.
Using three new and different proprietary materials, which have never before been recorded as being combined in a battery, the team at IBM Research has discovered a chemistry for a new battery which does not use heavy metals or other substances with sourcing concerns. The materials for this battery are able to be extracted from seawater, laying the groundwork for less invasive sourcing techniques than current material mining methods.
Just as promising as this new battery's composition is its performance potential. In initial tests, it proved it can be optimized to surpass the capabilities of lithium-ion batteries in a number of individual categories including lower costs, faster charging time, higher power and energy density, strong energy efficiency and low flammability.
New battery design could outperform lithium-ion across several sustainable technologies
Discovered in IBM Research's Battery Lab, this design uses a cobalt and nickel-free cathode material, as well as a safe liquid electrolyte with a high flash point. This unique combination of the cathode and electrolyte demonstrated an ability to suppress lithium metal dendrites during charging, thereby reducing flammability, which is widely considered a significant drawback for the use of lithium metal as an anode material.
This discovery holds significant potential for electric vehicle batteries, for example, where concerns such as flammability, cost and charging time come into play. Current tests show that less than five minutes are required for the battery - configured for high power - to reach an 80 percent state of charge. Combined with the relatively low cost of sourcing the materials, the goal of a fast-charging, low-cost electric vehicle could become a reality.
In the quickly evolving arena of flying vehicles and electric aircrafts, having access to batteries with very high-power density, which can scale a power load quickly, is critical. When optimized for this factor, this new battery design exceeds more than 10,000 W/L, outperforming the most powerful lithium-ion batteries available. Additionally, tests have shown this battery can be designed for a long-life cycle, making it an option for smart power grid applications and new energy infrastructures where longevity and stability is key.
Overall, this battery has shown the capacity to outperform existing lithium-ion batteries not only in the previously listed applications, but can also be optimized for a range of specific benefits, including:
From lab to industry with automotive, electrolyte and battery manufacturers
To move this new battery from early stage exploratory research into commercial development, IBM Research has joined with Mercedes-Benz Research and Development North America, Central Glass, one of the top battery electrolyte suppliers in the world, and Sidus, a battery manufacturer, to create a new next-generation battery development ecosystem. While plans for the larger development of this battery are still in the exploratory phase, IBM hopes that this budding ecosystem will help to bring these batteries into reality.
Accelerating materials discovery with AI
Moving forward, the team has also implemented an artificial intelligence (AI) technique called semantic enrichment to further improve battery performance by identifying safer and higher performance materials. Using machine learning techniques to give human researchers access to insights from millions of data points to inform their hypothesis and next steps, researchers can speed up the pace of innovation in this important field of study.
Source and top image: IBM Research
Learn more at the next leading event on the topic: Energy Storage Innovations USA 2020

Highlights From EVS 32
Highlights from Electric and Hybrid Marine Conference and Expo (2019)!
Could There be a Li-Ion Battery Shortage?
Battery Chemistry Promises Safer High-Voltage Lithium-Ion Batteries