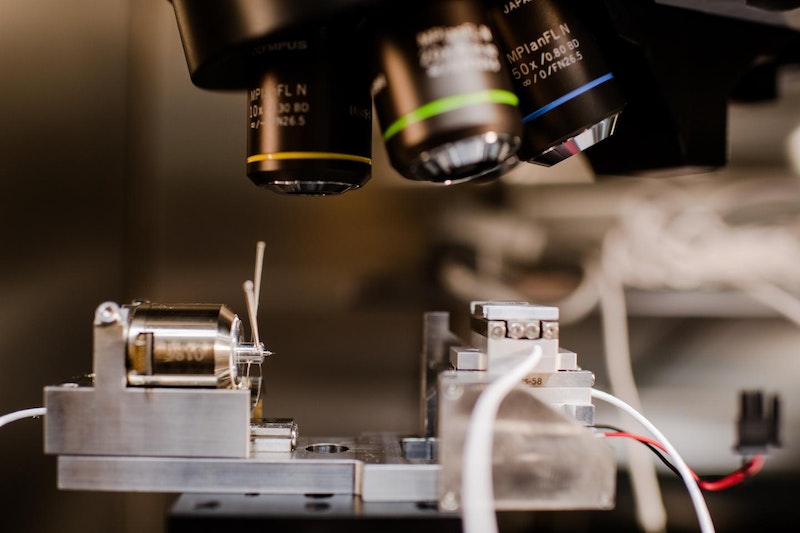 Historically, as in decades ago, rechargeable lithium metal batteries were dangerous. These batteries were quickly abandoned in favor of Li-ion batteries which contain no metallic lithium and are now widely used. In efforts to continue to drive energy density up and costs down, we are again exploring how to efficiently and safely use lithium metal in batteries. Solid state batteries, free of flammable liquids, may be the solution. However, progress has been slowed because lithium metal still finds a way to short circuit the battery and limit cycle life. For further information see the IDTechEx report on Li-ion Batteries 2018-2028.
Solid-state lithium batteries are the Holy Grail of energy storage. With potential impacts on everything from personal mobile devices to industrial renewable energy, the difficulties are worth overcoming. The goal: Build a safe and long lived lithium battery. The challenge: Use a solid-state electrolyte and stop short circuiting from the formation and growth of lithium dendrites.
In a new invited feature paper published in the Journal of Materials Research, materials engineers from Michigan Technological University weigh in on the problem. Their take is an unusual one. They focus on the unique mechanics of lithium at dimensions that are a fraction of the diameter of the hair on your head -- much smaller scales than most others consider.
"People think of lithium as being soft as butter, so how can it possibly have the strength to penetrate through a ceramic solid electrolyte separator?" asked Erik Herbert, assistant professor of materials science and engineering at Michigan Tech and one of the study's leads. He says the answer is not intuitive -- smaller is stronger. Tiny physical defects like micro cracks, pores or surface roughness inevitably exist at the interface between a lithium anode and a solid electrolyte separator. Zooming in on the mechanics of lithium metal at length scales commensurate with those tiny interface defects, it turns out that lithium is much stronger than it is at macroscopic or bulk length scales.
"Lithium doesn't like stress any more than you or I like stress, so it's just trying to figure out how to make the pressure go away," Herbert said. "What we're saying is that at small length scales, where the lithium is not likely to have access to the normal mechanism it would use alleviate pressure, it has to rely on other, less efficient methods to relieve the stress."
In every crystalline metal like lithium, atomic level defects called dislocations are needed to relieve significant amounts of stress. At macroscopic or bulk length scales, dislocations get rid of stress efficiently because they allow adjacent planes of atoms to easily slide past one another like a deck of cards. However, at small length scales and high temperatures relative to the metal's melting point, the chance of finding dislocations within the stressed volume is very low. Under these conditions, the metal has to find another way to relieve the pressure. For lithium, that means switching to diffusion. The stress pushes lithium atoms away from the stressed volume - akin to being carried away on an atomic airport walkway. Compared to dislocation motion, diffusion is very inefficient. That means at small length scales, where diffusion controls stress relief rather than dislocation motion, lithium can support more than 100 times more stress or pressure than it can at macroscopic length scales.
Catastrophic problems may occur in what Herbert and his co-lead, MTU professor Stephen Hackney, call the defect danger zone. The zone is a window of physical defect dimensions defined by the stress relief competition between diffusion and dislocation motion. The worst-case scenario is a physical interface defect (a micro crack, pore or surface roughness) that is too big for efficient stress relief by diffusion but too small to enable stress relief by dislocation motion. In this reverse Goldilocks problem, high stresses within the lithium can cause the solid electrolyte and the whole battery to catastrophically fail. Interestingly, the danger zone size is the same size as the observed lithium dendrites.
"The very thin solid-state electrolytes and high current densities required to provide the battery power and short charging times expected by consumers are conditions that favor lithium dendrite failure, so the dendrite problem must be solved for the technology to progress," Hackney said. "But to make the solid-state technology viable, the power capability and cycle life limitations must be addressed. Of course, the first step in solving the problem is to understand the root cause, which is what we are trying to do with this current work."
Hackney points out that the smaller is stronger concept is not new. Materials engineers have studied length scale effect on mechanical behavior since the 1950s, though it has not been widely used in considering the lithium dendrite and solid electrolyte problem.
"We think this 'smaller is stronger' paradigm is directly applicable to the observed lithium dendrite size, and is confirmed by our experiments on very clean, thick Li films at strain rates relevant to the initiation of the dendrite instability during charging," Hackney said.
To rigorously examine their hypothesis, Herbert and Hackney perform nanoindentation experiments in high purity lithium films that are produced by a top battery researcher, Nancy Dudney of the Oak Ridge National Laboratory.
"The bulk properties of lithium metal are well characterized, but this may not be relevant at the scale of defects and inhomogeneous current distributions likely acting in very thin solid state batteries," Dudney said. "The model presented in this paper is the first to map conditions where the much stronger lithium will impact cyclelife performance. This will guide future investigation of solid electrolytes and battery designs."
Among the team's next steps, they plan to examine the effects of temperature and electrochemical cycling on the mechanical behavior of lithium at small length scales. This will help them better understand real-world conditions and strategies to make next-generation batteries immune to the formation and growth of lithium dendrites.
Source and top image: Michigan Technological University