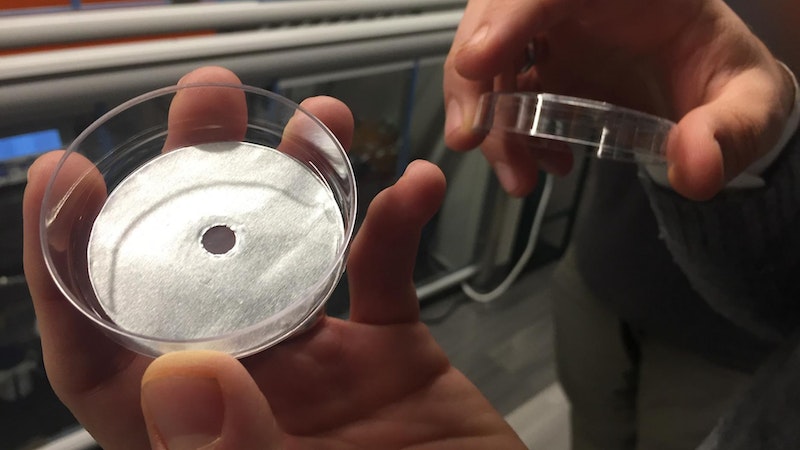 Renewed investments in hydrogen fuel cell technologies and infrastructure by companies like Amazon; nations like China; and automakers like Toyota, Honda, and Hyundai, are sparking sales and fresh interest in the vast possibilities of polymer-electrolyte fuel cells. The fresh interest could revolutionize transportation and fill streets with vehicles whose only effluent is water vapor.
But that vision of clean, green cars and trucks is stymied by the need not only for massive infrastructure investment, but for more efficient processes in the cells themselves. Innovations that lower the cost of production — meaning lower sticker price — and that open the door to more vehicle segments, including performance cars, could drive greater adoption. For more information see the IDTechEx report on Fuel Cell Vehicles 2019-2029.
A team of researchers at the NYU Tandon School of Engineering, led by Miguel Modestino, professor of chemical and biomolecular engineering, and Lawrence Berkeley National Laboratory has created a novel polymeric material with the potential for solving both problems.
The research, "Highly Permeable Perfluorinated Sulfonic Acid Ionomers for Improved Electrochemical Devices: Insights into Structure - Property Relationships," published in the Journal of the American Chemical Society, focuses on a hybrid material that delivers copious amounts of oxygen from the atmosphere to the cell's electrode reaction sites — generating more power — while reducing the amount of expensive materials like platinum needed in fuel cells, potentially solving a major industry challenge.
Hydrogen fuel cells comprise an anode and a cathode, with an electrolyte membrane between them. Electricity is produced in a process whereby hydrogen reacts in the anode and atmospheric oxygen in the cathode. At the latter site, protons combine with oxygen to produce electricity and water. Ion-conducting polymers (ionomers) are used to bring the protons to the reaction sites where oxygen from air needs to permeate through them to drive the electricity-generating reaction.
Current, commercially available ionomers are typically perfluorinated sulfonic acid (PFSA) polymers that comprise a linear chainlike backbone composed of polytetrafluoroethylene (PTFE) matrix, and pendant sulfonic-acid groups attached to the PTFE backbone that impart ion conductivity. While this complex combination, molecularly similar to Teflon, confers high mechanical strength, research shows that it suffers from low oxygen permeability, leading to significant energy losses fuel cells.
The researchers — including Yoshi Okamoto, a professor of chemical engineering and director of the Polymer Research Institute at NYU Tandon, and Ph.D. student Adlai Katzenberg, who did the research as part of a U.S. Department of Energy fellowship — solved several problems at once by swapping the linear PTFE polymer chains with a bulky fluorinated chain, which added more free volume to the matrix, vastly enhancing its ability to transport oxygen in fuel cells.
Modestino explains that the hybrid material comprises an ion conducting polymer and a highly permeable matrix. "We've created a novel copolymer — two components bound together. One part conducts ions, and the other is highly permeable to oxygen," he says. "Okamoto had been working on highly permeable polymers for gas separation processes. When I joined NYU Tandon, we realized that the polymers that he had developed could be adapted to improve fuel cells."
This research was supported by a grant from United States Department of Energy.
Source and top image: NYU Tandon School of Engineering