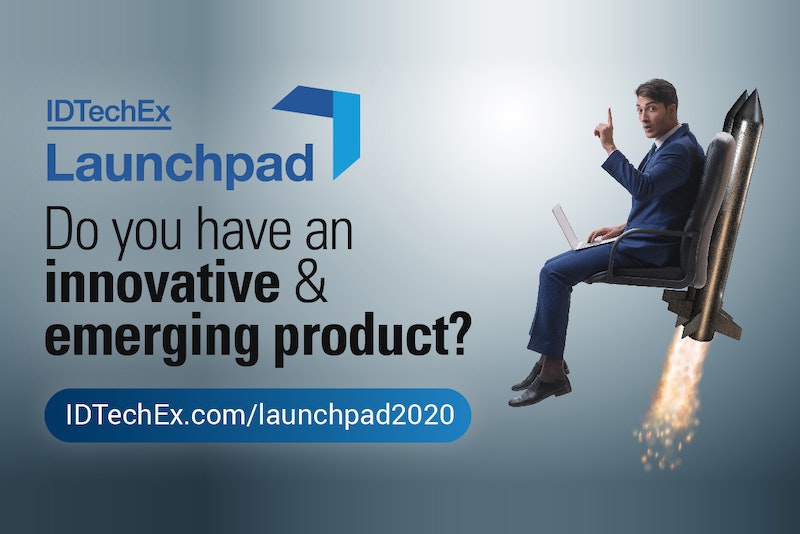 Ahead of the IDTechEx Show! Berlin, 13-14 May 2020, IDTechEx looks back at the stories of some companies propelled to success by the IDTechEx Launchpad initiative.
The IDTechEx Launchpad is an area of the exhibition intended to break down the barriers to success for small, innovative businesses. Set up with start-ups and young companies in mind, it is free for eligible researchers and companies to participate and demonstrate their state-of-the-art technologies to over 2,500 people at this international event.
This year, IDTechEx takes note of the electrifying success stories of previous Launchpad exhibitors.
Past Launchpad participant UbiQD recently won 'NASA follow-up for hydroponics in space'. The New Mexico company developing quantum dots for optical applications, has won a $750,000 Phase II Small Business Technology Transfer (STTR) contract from NASA.
Vaporsens, a high-technology company based in Salt Lake City, who was a Launchpad exhibitor in 2017, was contracted by the Department of Homeland Security to create a device for first responders. DHS provided nearly $3 million to small businesses for the research.
cosinuss° exhibited in 2017 and have recently been featured in Forbes. Their device, degree°, is a combination between a wearable in-ear thermometer and an assisting app, that can track body temperature and provide intelligent treatment suggestions. Continuous temperature tracking as offered by these hearables could help paediatricians reliably monitor a child's health.
VSParticle cofounder Aaike van Vugt was listed in 'Forbes 30 Under 30 Europe 2019', just one year after his Launchpad debut, and has unveiled a Nanoparticle Generator. The Dutch tech company has developed a device that can create and print materials with quantum properties.
Saule Technologies first attended an IDTechEx Show! through the Launchpad initiative in 2017. Their inventive solar energy solutions have seen them rocket to success - they now have perovskite technology featured in the Henn-na Hotel in Japan, the world's most innovative hotel.
IDTechEx welcomes Launchpad applications from early-stage start-ups, universities, newly spun-out companies, research labs and government labs who will be demonstrating a working prototype or product that highlights new advances in any related event topic of wearable technology, printed and flexible electronics, graphene, electric vehicles or sensors. It can include, for example, e-textiles, smart eyewear, stretchable electronics, innovative sensor systems, flexible displays, smart packaging and more.
For more information and to apply please visit www.IDTechEx.com/Launchpad2020
Learn more at the next leading event on the topic: Energy Storage Innovations USA 2020