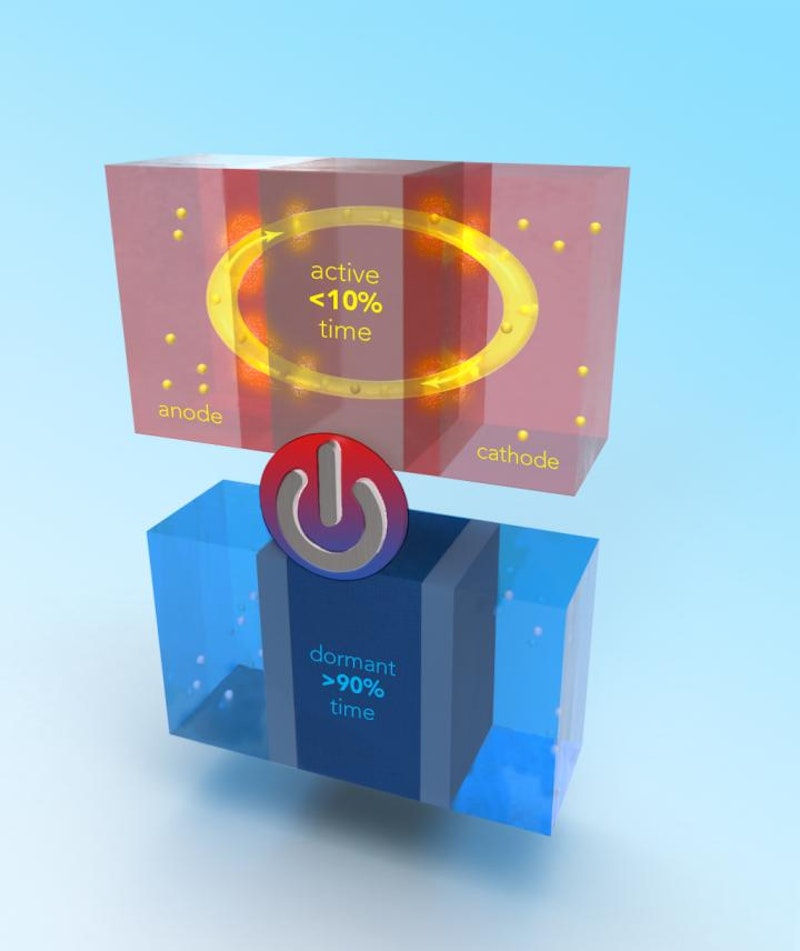 A lithium-ion battery that is safe, has high power and can last for 1 million miles has been developed by a team in Penn State's Battery and Energy Storage Technology (BEST) Center.
Electric vehicle batteries typically require a tradeoff between safety and energy density. If the battery has high energy and power density, which is required for uphill driving or merging on the freeway, then there is a chance the battery can catch fire or explode in the wrong conditions. But materials that have low energy/power density, and therefore high safety, tend to have poor performance. There is no material that satisfies both. For that reason, battery engineers opt for performance over safety. For more information see the IDTechEx report on Lithium-Ion Batteries for Electric Vehicles 2020-2030.
"In this work we decided we were going to take a totally different approach," said Chao-Yang Wang, professor of mechanical, chemical and materials science and engineering, and William E. Diefenderfer Chair in Mechanical Engineering, Penn State. "We divided our strategy into two steps. First we wanted to build a highly stable battery with highly stable materials."
Their second step was to introduce instant heating. About four years ago, Wang developed a self-heating battery to overcome the problem of poor performance in cold climates. The battery uses an electric current to heat up in seconds compared to the hours an external heater required. By heating the battery from room temperature to around 140 degrees Fahrenheit -- 60 degrees Celsius -- the battery gets an instant boost in reactivity because the law of kinetics is that reactivity increases exponentially with temperature.
"With these two steps I can get high safety when the battery is not being used and high power when it is," he said.
The self-heating battery, called the All Climate battery, has been adopted by several car companies, including BMW, and was chosen to power a fleet of 10,000 vehicles that will be used to ferry people between venues at the next Winter Olympics in Beijing.
The BEST Center tests the safety of the battery using nail penetration equipment. They drive the nail into the cell causing short circuiting. They then monitor the cell for temperature and voltage. The difference in temperature for the passivated cell was 212 degrees F -- 100 degrees C --compared to a standard battery cell which was 1,832 degrees F -- 1000 degrees C, an enormous improvement.
Because their batteries are built using stable materials, they have a long cycle life. Even at 140 degrees F, their cycle number is over 4000, which translates to over a million miles. The team's next project will be to develop a solid-state battery, which will likely require heating as well.
Source and top image: Penn State University
Learn more at the next leading event on the topic: Energy Storage Innovations USA 2020

Highlights From EVS 32
Highlights from Electric and Hybrid Marine Conference and Expo (2019)!
Could There be a Li-Ion Battery Shortage?
Silicon Anode Batteries Could Run 400km on a Five Minute Charge