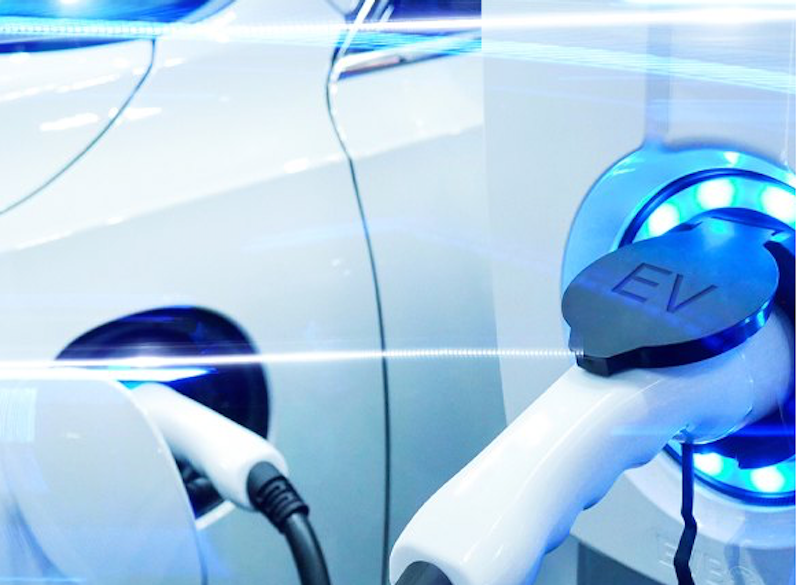 Europe's leading R&D and electric battery production company, InoBat Auto has secured additional EUR 10m investment to fund the development of a first- of-its kind 100 MWh R&D centre and production line in Slovakia.
The funding has been secured from CEZ Group, one of Europe's largest energy companies, who will join lead investor, IPM Group (IPM) - the fastest growing asset managers focused on the InfraTech sector, technology investor Wildcat Discovery Technologies and other investors in supporting InoBat Auto's bid to catapult Europe to becoming a leading global force in Electric Vehicle battery technology and production. For more information see the IDTechEx report on Lithium-Ion Batteries for Electric Vehicles 2020-2030.
The investment from CEZ Group, a conglomerate of more than 100 companies with a market cap of over EUR 10bn is in the form of a loan, which following subsequent additional investment, will have the potential to be converted into shares. It demonstrates the sector's commitment to delivering clean energy solutions in the face of economic and climate uncertainty. The construction of the first phase 100 MWh production line will begin later this year with the first batteries ready for distribution in 2021. InoBat Auto is also progressing plans to build a 10 GWh Gigafactory with the potential to provide 240,000 Electric Vehicles with cutting edge, bespoke batteries by 2024.
InoBat Auto will be the first European supplier of customised batteries to the Electric Vehicle market. 'High throughput' (HTP) R&D technology, provided through partner Wildcat Discovery Technologies, tests multiple variations of battery chemistry, applying artificial intelligence (AI) to outcomes to select the optimum composition to meet the performance requirements of the vehicle manufacturer. R&D output can then be quickly scaled up to produce customised batteries that can then be produced cost effectively, and at scale.
The strategic partnership will stand to gain from the region's rich industrial heritage and strong automotive industry, which has the largest concentration of car production per capita in the world InoBat Auto will now look to build on the strong foundations of the existing automotive and energy sectors in Central and Eastern Europe. The company aims to accelerate the rapid implementation of electromobility solutions in Europe by developing a fully integrated value chain which will increase the global competitiveness of the European economy and provide a long-term sustainable solution to the automotive market.
Marian Bocek, Co-Founder and CEO, InoBat Auto commented: "This investment cements our strategic partnership with CEZ Group, one of the most influential energy companies in Europe. The need to accelerate the electrification of transport is becoming more urgent and through this investment InoBat Auto will be able to deliver state-of-the-art, customised batteries to Electric Vehicle manufacturers as early as next year, something which no other company in Europe can offer. The investment also proves that despite a challenging global situation, significant deals can and must be done if the global economy is to recover as rapidly as possible from this situation. It was actually an unprecedented process since we conducted due diligence via Zoom calls and virtual tours with drones."
Pavel Cyrani, the vice chairman of the Board of directors of CEZ added: "The governments of Czech Republic and Slovakia announced a partnership in electromobility and this is one of the projects that fulfils this initiative. Our cooperation with InoBat Auto complements other projects CEZ has in this field, such as the prospective mining of lithium In Krušné Hory that might be used in EV batteries, as well as the possible project of another Gigafactory in the Czech Republic."
Following last month's announcement of InoBat Auto's acquisition of the site to build the R&D facility in Voderady, Slovakia, the company will now have access to industrial partners across Europe and the region's escalating technology capability. Central Europe is host to the largest concentration of major automotive OEMs per km2 in the world, while Slovakia is the leading global auto producer per capita, with neighbouring Czech Republic ranking second. CEZ Group's funding comes just three months after the Slovakian Government's pledge of EUR 5m to InoBat Auto.
InoBat Auto is backed by a strong consortium of investors and technology companies, including lead investor IPM Group (IPM) - one of the fastest growing asset managers focused on the InfraTech sector and bringing ground-breaking technologies to Europe - strategic investors Matador, AEN, MSM Group and Wildcat Discovery Technologies, a US energy tech firm backed by Virgin's Green Fund.
For  m ore information on InoBat Auto, please contact:
Gordon Cole-Schmidt / Hugh Deery
IPM@thecommunicationgroup.co.uk
The Communication Group plc
+ 44 (0) 20 7630 1411
www.ipmllp.com

https://www.cez.cz/
About InoBat Auto
InoBat Auto is a Slovakia based company, building a first of its kind fully integrated battery manufacturing facility for electric vehicles (EVs) covering a range of expertise spanning from proprietary battery research and development (R&D) to EV battery production InoBat Auto has been formed by InoBat and Wildcat Discovery Technologies ('Wildcat'). The R&D centre is based on Wildcat's high throughput platform, ensuring proprietary research with continuous development and improvement of the next generation batteries and battery components, resulting in the highest quality battery cells with the ability to continuously, rapidly improve through the HTP and AI.
About CEZ Group
Headquartered in Czechia, CEZ Group is an integrated energy conglomerate more than 100 companies with operations in Western, Central, and South-eastern European countries. CEZ Group's mission is to provide safe, reliable, and energy to its customers and society at large. Its long-term vision is to bring innovations for resolving energy needs and to help improve the quality of life. ČEZ shares are traded on the Prague and Warsaw stock exchanges and included in the PX and WIG-CEE exchange indices. ČEZ Group has 33 000 employees and more than seven million customers in nine countries.
https://www.cez.cz/en/home
About Wildcat Discovery Technologies
Wildcat Discovery Technologies accelerates the discovery of new materials for energy applications, with a focus on the development of advanced materials for rechargeable and primary batteries. Wildcat's experienced team of scientists uses proprietary high-throughput tools to rapidly develop and optimize breakthrough materials, with corporate partners throughout the global battery and materials supply chains. Wildcat has also been named one of the "50 Most Innovative Companies" by Technology Review magazine.
www.wildcatdiscovery.com

About High Throughput Technology (HTP)
InoBat's key technological advantage is the proprietary mixture of HTP and artificial intelligence (AI) research, which allows InoBat to carry out R&D to efficiently optimise battery requirements at a small scale which can be quickly and efficiently replicated on a larger scale - in this case scaling up its findings from a level of grams to kilograms. This allows InoBat Auto to efficiently create customisable solutions which fit a manufacturers specification - rather than the current 'catalogue' approach currently offered by its competition and do so at great speed. No other cell maker has the HTP and AI ability to move up and down these capacities as quickly or seamlessly, allowing InoBat to provide its customers with their 'best' answer, at up to 10x a reduction in cost or time.
About IPM
IPM Group ("IPM") is an asset and wealth management company that currently holds more than one billion US dollars in assets under management. IPM was established in London in 2014 and has global presence with offices in London, Bratislava, Seoul, San Francisco and Hong Kong.
The company differentiates itself by its culture of cooperation with the founders of pioneering technologies and infrastructure projects through its portfolio companies, ensuring that the companies in which they have invested reach their fullest potential, delivering long term, sustainable value and robust returns.
The IPM's portfolio companies are positioned to solve some of the world's pressing issues across sectors including energy, mobility and AI enabled critical infrastructure. The dynamic and disruptive approach of the company has seen it become responsible for many 'first of their kind' transactions across the globe, in the process, seeding Silicon Valley expertise in the heart of the Danube Valley. The company has the potential to support Europe's bid for technological and supply chain sovereignty in its areas of activity.
www.ipmllp.com