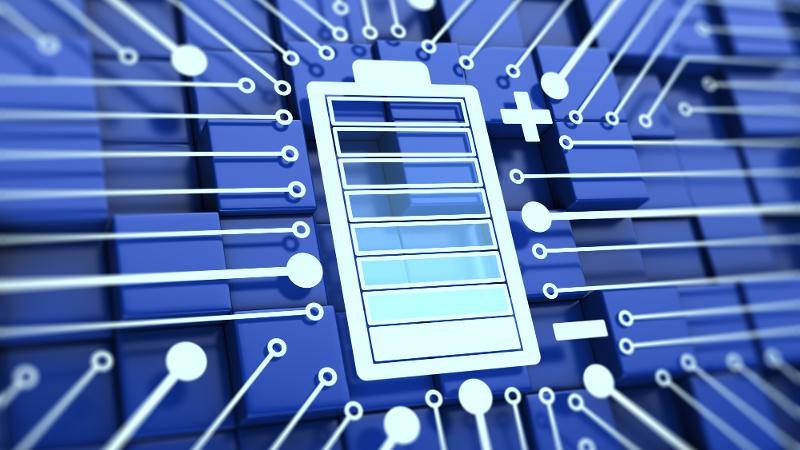 In a step towards a new type of energy storage, Queensland University of Technology researchers have developed a hybrid supercapacitor that offers the best of both worlds in energy storage.
When it comes to the electronic devices we commonly use, energy storage is typically done in either batteries or supercapacitors, with both having their own strengths and limitations. Batteries store large amounts of energy but are slower to discharge energy. Supercapacitors can only store about one-tenth of the energy of a battery but are quicker at discharging it. They are used as secondary power supply in devices such as smartphones, cameras and laptops, and have a far longer cycle life. For further information see the IDTechEx report on Supercapacitor Markets, Technology Roadmap, Opportunities 2021-2041.
In research published in Advanced Materials, Associate Professor Deepak Dubal and the research team, including Professor Nunzio Motta and PhD researcher Michael Horn, developed a hybrid supercapacitor which has a capacitor-type titanium carbide-based negative electrode and a battery-type graphene-hybrid positive electrode. The new energy storage device reaches an energy density close to that of nickel metal hydride batteries, but while also offering supercapacitor-level ultra-high power about 10 times that of lithium batteries.
"With such a unique electrode arrangement, this device is able to fill an important gap in the current low power batteries and poor energy supercapacitors, paving a way towards many more new applications," Professor Dubal said.
Horn, who is a lead author on the study involving researchers in Australia, India and Germany, said the asymmetric arrangement of the material of the electrodes offered strong potential in energy storage development.
"Batteries often fail quickly if they are continuously cycled at high rates," Mr Horn said. "But even if you use modest cycling rates and low depth of discharge to get a really long life, batteries could maybe reach 5000 charge/discharge cycles. However, our device, after being cycled at a high current rate for 10,000 charge/discharges, retained around 90 per cent of its initial storage capacity."
The researchers said the greatest challenge in designing the device was to balance the performance of suitable capacitor-type negative electrodes with battery-type positive electrodes in a single device. To meet that challenge, the QUT researchers collaborated with the team of international researchers from IIT Jammu, India (Dr Jayaram Kolleboyina) and TU Munich, Germany (Professor Roland Fischer) who developed graphene-based hybrid materials as positive electrodes. They combined chemically-modified graphene with a nano-structured metal organic framework, known as a MOF, which provide excellent surface characteristics for an electrode.
"The beauty of this hybrid material is the synergic combination," Professor Dubal said. "The MOF not only acts as nano-pillars to separate the graphene layers but also stores charges through a chemical mechanism while the graphene provides electrical connections to the MOF as well as storing additional charges through a capacitive mechanism. It's a win-win solution. This is a step towards energy storage solutions that are cheaper, extremely safe, and environmentally friendly as the electrolyte is water based and easy to recycle."
Source and top image: Queensland University of Technology