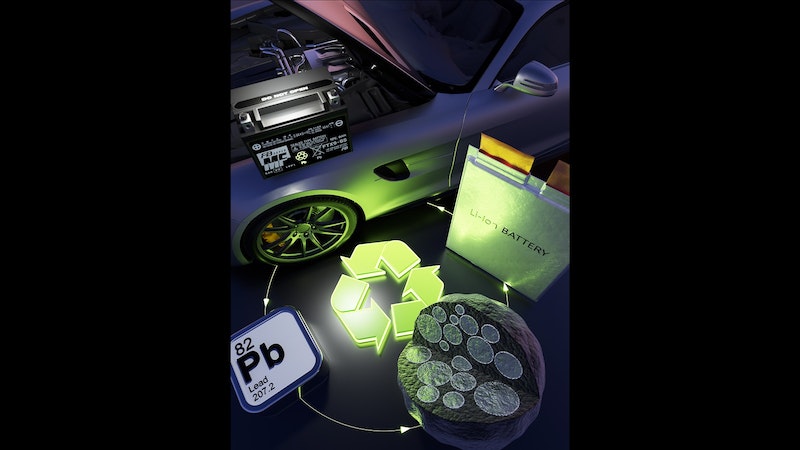 The lithium-ion battery powers everything from mobile phones to laptops to electric vehicles. Scientists worldwide are always on the hunt for new and improved components to build better batteries for these and other applications.
Scientists from the US Department of Energy's Argonne National Laboratory report a new electrode design for the lithium-ion battery using the low-cost materials lead as well as carbon. Contributors to this pivotal discovery also include scientists from Northwestern University, Brookhaven National Laboratory and the Ulsan National Institute of Science and Technology (UNIST). For further information see the IDTechEx report on Li-ion Batteries 2020-2030.
"Our new anode could offer a new revenue stream for the large industry currently engaged in lead-acid battery manufacturing and recycling." said Eungje Lee, principal author and materials scientist in Argonne's Chemical Sciences and Engineering division "Our research has exciting implications for designing low-cost, high-performance, sustainable lithium-ion batteries that can power hybrid and all-electric vehicles."
Lithium-ion batteries work by insertion of lithium ions into the anode during charge and their removal during discharge. The present-day graphite anodes can operate for thousands of such charge-discharge cycles but appear to have reached their limit in terms of energy storage capacity.
"We decided to investigate lead as an intriguing alternative to graphite for the anode material," said Lee. Lead is especially attractive because it is abundant and inexpensive. In addition, it has a well-established supply chain owing to the long history of lead-acid batteries providing ancillary power for automobiles and is one of the most recycled materials in the world. The current lead recycling rate is 99% in the United States. "Our new anode could offer a new revenue stream for the large industry currently engaged in lead-acid battery manufacturing and recycling," Lee added.
The team's anode is not a plain slab of lead but innumerable microscopic particles with an intricate structure: lead nanoparticles embedded in a carbon matrix and enclosed by a thin lead oxide shell. While this structure sounds complex, the team invented a simple, low-cost method for fabricating it.
"Our method involves shaking, for several hours, large lead oxide particles mixed with carbon powder until they form microscopic particles with the desired core-shell structure," explained Christopher Johnson, the principal investigator of the project and an Argonne Distinguished Fellow in the CSE division.
Tests in laboratory cells over 100 charge-discharge cycles showed that the new lead-based nanocomposite anode attained twice the energy storage capacity of current graphite anodes (normalized for the same weight). Stable performance during cycling was possible because the small particle size alleviated stresses while the carbon matrix provided needed electrical conductivity and acted as a buffer against damaging volume expansion during cycling. The team also found that adding a small amount of fluoroethylene carbonate to the standard electrolyte significantly improved performance.
The researchers investigated the charge-discharge mechanism of their anode at the GeoSoilEnviro Center for Advanced Radiation Sources (GSECARS), operated by the University of Chicago, at Argonne's Advanced Photon Source, a DOE Office of Science User Facility. By means of synchrotron X-ray diffraction, they were able to track the changes in phases of the anode material while it was being charged and discharged. These characterization results combined with those collected at the Northwestern University Atomic and Nanoscale Characterization Center and the National Synchrotron Light Source II, a DOE User Facility at Brookhaven, revealed a previously unknown electrochemical reaction between lead and lithium ions that occurs upon charge and discharge.
"This fundamental insight may prove important in understanding the reaction mechanism of not only lead but also silicon anodes," said Lee. The silicon anode is another low-cost, high-performance candidate for next-generation lithium-ion batteries.
"Our discovery challenges the current understanding of this type of electrode material," noted Johnson. ​"Our findings also provide exciting implications for designing low-cost, high-performance anode materials for transportation and stationary energy storage, such as backup power for the electric grid."
Source and top image: Argonne National Laboratory