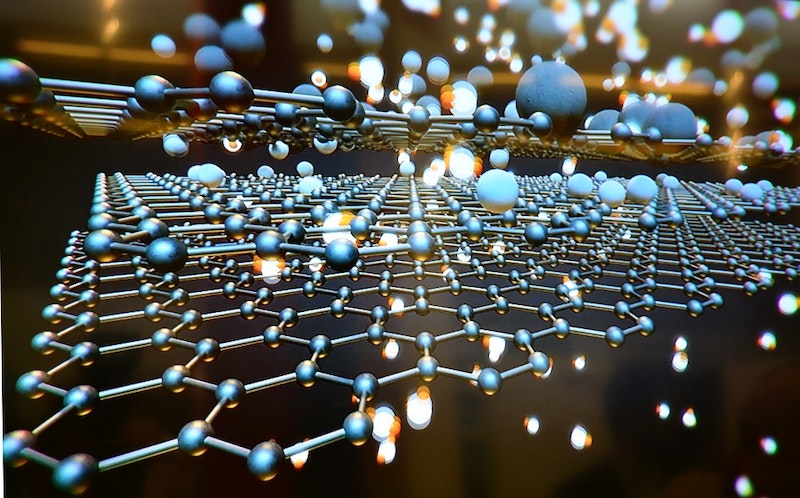 Research led by Kansas State University's Suprem Das, assistant professor of industrial and manufacturing systems engineering, in collaboration with Christopher Sorensen, university distinguished professor of physics, shows potential ways to manufacture graphene-based nano-inks for additive manufacturing of supercapacitors in the form of flexible and printable electronics.
As researchers around the world study the potential replacement of batteries by supercapacitors, an energy device that can charge and discharge very fast -- within few tens of seconds -- the team led by Das has an alternate prediction. The team's work could be adapted to integrate them to overcome the slow-charging processes of batteries. Furthermore, Das has been developing additive manufacturing of small supercapacitors -- called micro-supercapacitors -- so that one day they could be used for wafer-scale integration in silicon processing. For further information see the IDTechEx report on Flexible, Printed and Thin Film Batteries 2020-2030: Technologies, Markets and Players.
"Additive manufacturing is fascinating, cost-effective and has versatile design considerations," Das said.
The team has developed supercapacitors that have been tested for 10,000 cycles of charging and discharging cycles, a number that is promising to evaluate the reliability of these devices, Das said The team is also studying the versatility of these micro-supercapacitors by printing on mechanically flexible surfaces. For this, they used 20-micrometer-hin polyimide -- plastic -- substrates with high reliability. Das is highly interested in translating emerging materials to devices.
"When you think about best materials and wish to make the best devices, it is not simple and straightforward," Das said. "One needs to then understand the underpinning physics and chemistry involved in devices."
Another advantage of Das' invention is the green aspects of the research that he visualized through constructive discussions with Sorensen. When Das met Sorensen, he realized he could use his expertise in additive manufacturing to transform these materials into useful things; in this case, making tiny energy storage devices.
A few months later, Das filed for a US patent after developing a nano-ink technology and used it to demonstrate printed micro-supercapacitors.
Das is particularly interested in forming this synergistic collaboration with Sorensen because of the energy-efficient, highly scalable and chemical-free nature of the graphene production process and his own group's graphene ink manufacturing process. Both of these processes are patented/patent-pending technologies and are industrially relevant, Das said.
"We make high-quality, multilayer graphene by detonating fuel-rich mixtures of unsaturated hydrocarbons such as acetylene with oxygen in a multi-liter chamber," Sorensen said. "Our patented method is simple requires very little energy, hence is ecologically benign; requires no toxic chemicals; and has been scaled up to yield high-quality, inexpensive graphene."
Graphene has been recognized as a wonder material with much potential because of its many superlative physical properties Many graphene manufacturing methods have been developed across the globe and graphene has been produced in ton quantities. Technologists, however, are well aware that graphene is not yet in the marketplace because none of these methods have had the right combination of economy, ecology and product quality to allow graphene to fulfill its potential. But both the methods of producing graphene and nano-inks pursued at Kansas State University are on target to address all of these requirements, according to Sorensen and Das.
Source: Kansas State University
Top image: Pixabay