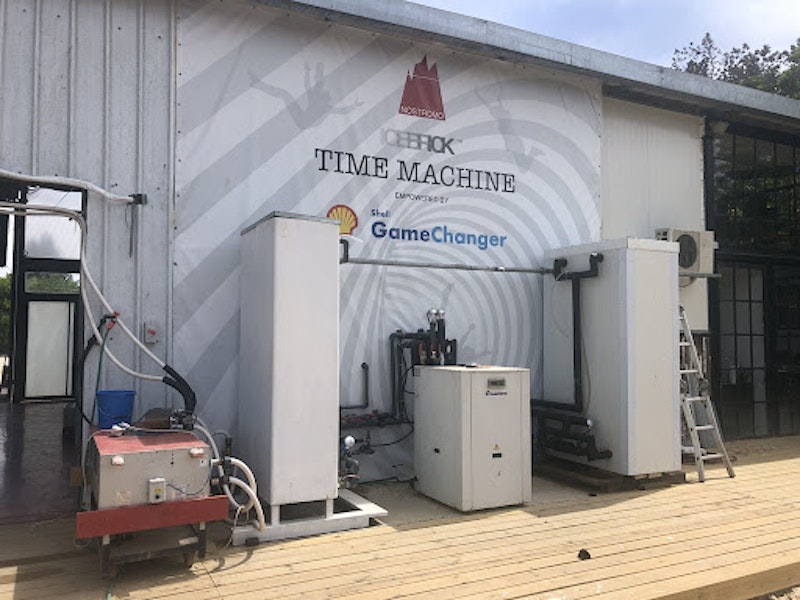 Nostromo Energy Ltd, a company specializing in energy storage technology and demand-side management, announced that it submitted preliminary results from a 2-year accelerated stress study to Royal Dutch Shell. The study was funded by and conducted in cooperation with Shell. The results from the study were submitted to Shell and are currently under review.
The results of the study suggest that Nostromo's IceBrick™ energy storage capsules can withstand 6,600 thermal charge/discharge cycles (equivalent to more than 20 years of use), with a negligible 1% loss in capacity.
In 2018, Nostromo was selected to participate in Shell's "GameChanger" acceleration program, for the purpose of demonstrating the resilience of the IceBrick™ energy storage capsules. The charging and discharging of energy in the capsules developed by Nostromo is done by changing the phase of water, which is a physical process that doesn't degrade over time, in contrast to the electrochemically driven process in batteries. For further information see the IDTechEx report on Potential Stationary Energy Storage Technologies to Monitor.
Pursuant to the plan, Nostromo built two experimental energy storage systems to stress-test the capsules over time, under mechanical and thermal cycles. In each of these two systems, a group of 48 IceBrick™ capsules were placed (96 capsules in total). In one group of 48 capsules, each cell was subjected to 6,600 full thermal recharge and discharge cycles (freezing and thawing), equivalent to ~25 years of use (assuming 260 discharges per calendar year, five times a week). In the second group of 48 capsules, each cell underwent more than 300,000 hydraulic expansion and contraction cycles, simulating the forces acting on the capsules during freezing of water (a 9% expansion in volume).
All cycles and pressure data were continuously monitored and documented. Cycles in which the pressure and temperature stress levels were below a minimum predefined threshold were excluded from the analysis.
Of the 96 capsules tested, a single failure was detected in the thermal cycling test group after completing 6,100 cycles. Capsules in the second group, which underwent more than 300,000 hydraulic cycles, presented a zero-fail rate.
The full report was submitted to Royal Dutch Shell and is currently under review.
Yaron Ben-Nun, Nostromo Founder and Chief Technological Officer said: "We conducted a complex experiment, funded by Shell and designed in collaboration between Nostromo and the Shell GameChanger team. We wanted to demonstrate that water is an excellent mean of storage and that the energy storage cell developed by Nostromo succeeds in taking advantage of its physical properties over 20 years or longer, with negligible wear. These results are very encouraging and significant since Nostromo is installing energy storage systems behind the meter of commercial and industrial clients, where long-term reliability and performance are key. The results of the experiment, combined with the system's success in installations already carried out by the company, will significantly boost our dialogue with clients and regulators in Israel and globally, wherever there is (or will be) a need for efficient, reliable, and sustainable storage of energy."
About Nostromo Energy
Nostromo accelerates the renewable energy revolution, with its sustainable energy storage solution that enables commercial and industrial buildings to do their part in stopping climate change by becoming large-scale energy storage assets. Nostromo paves the way to a carbon free electric grid, while offering a safe, clean and financially beneficial system to building owners. Nostromo's revolutionary technology, the IceBrick™, stores cold energy during off-peak or surplus solar hours and uses it to power commercial space cooling, which accounts for approximately 40% of power demand during peak hours. https://www.nostromo.energy
Contact Details
Lea Berdugo
lea@reblonde.com
Source and top image: Nostromo Energy Limited