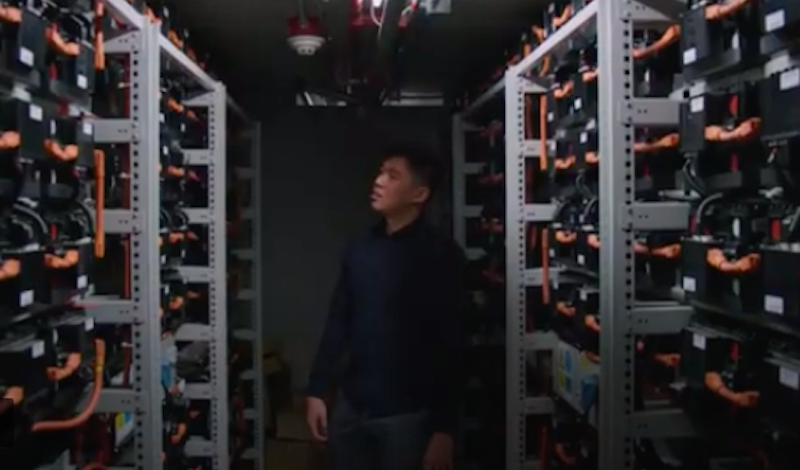 Engineers created a new type of battery that weaves two promising battery sub-fields into a single battery. The battery uses both a solid state electrolyte and an all-silicon anode, making it a silicon all-solid-state battery. The initial rounds of tests show that the new battery is safe, long lasting, and energy dense. It holds promise for a wide range of applications from grid storage to electric vehicles. The battery technology is described in the Sept. 24, 2021 issue of the journal Science. University of California San Diego nanoengineers led the research, in collaboration with researchers at LG Energy Solution.
Silicon anodes are famous for their energy density, which is 10 times greater than the graphite anodes most often used in today's commercial lithium ion batteries. On the other hand, silicon anodes are infamous for how they expand and contract as the battery charges and discharges, and for how they degrade with liquid electrolytes. These challenges have kept all-silicon anodes out of commercial lithium ion batteries despite the tantalizing energy density. The new work published in Science provides a promising path forward for all-silicon-anodes, thanks to the right electrolyte. For further information see the IDTechEx report on Materials for Electric Vehicle Battery Cells and Packs 2021-2031.
"With this battery configuration, we are opening a new territory for solid-state batteries using alloy anodes such as silicon," said Darren H. S. Tan, the lead author on the paper. He recently completed his chemical engineering PhD at the UC San Diego Jacobs School of Engineering and co-founded a startup UNIGRID Battery that has licensed this technology.
Next-generation, solid-state batteries with high energy densities have always relied on metallic lithium as an anode. But that places restrictions on battery charge rates and the need for elevated temperature (usually 60 degrees Celsius or higher) during charging. The silicon anode overcomes these limitations, allowing much faster charge rates at room to low temperatures, while maintaining high energy densities.
The team demonstrated a laboratory scale full cell that delivers 500 charge and discharge cycles with 80% capacity retention at room temperature, which represents exciting progress for both the silicon anode and solid state battery communities.

Silicon as an anode to replace graphite

Silicon anodes, of course, are not new. For decades, scientists and battery manufacturers have looked to silicon as an energy-dense material to mix into, or completely replace, conventional graphite anodes in lithium-ion batteries. Theoretically, silicon offers approximately 10 times the storage capacity of graphite. In practice however, lithium-ion batteries with silicon added to the anode to increase energy density typically suffer from real-world performance issues: in particular, the number of times the battery can be charged and discharged while maintaining performance is not high enough.
Much of the problem is caused by the interaction between silicon anodes and the liquid electrolytes they have been paired with. The situation is complicated by large volume expansion of silicon particles during charge and discharge. This results in severe capacity losses over time.
"As battery researchers, it's vital to address the root problems in the system. For silicon anodes, we know that one of the big issues is the liquid electrolyte interface instability," said UC San Diego nanoengineering professor Shirley Meng, the corresponding author on the Science paper, and director of the Institute for Materials Discovery and Design at UC San Diego. "We needed a totally different approach," said Meng.
Indeed, the UC San Diego led team took a different approach: they eliminated the carbon and the binders that went with all-silicon anodes. In addition, the researchers used micro-silicon, which is less processed and less expensive than nano-silicon that is more often used.

An all solid-state solution

In addition to removing all carbon and binders from the anode, the team also removed the liquid electrolyte. Instead, they used a sulfide-based solid electrolyte. Their experiments showed this solid electrolyte is extremely stable in batteries with all-silicon anodes.
"This new work offers a promising solution to the silicon anode problem, though there is more work to do," said professor Meng, "I see this project as a validation of our approach to battery research here at UC San Diego. We pair the most rigorous theoretical and experimental work with creativity and outside-the-box thinking. We also know how to interact with industry partners while pursuing tough fundamental challenges."
Past efforts to commercialize silicon alloy anodes mainly focus on silicon-graphite composites, or on combining nano-structured particles with polymeric binders. But they still struggle with poor stability. By swapping out the liquid electrolyte for a solid electrolyte, and at the same time removing the carbon and binders from the silicon anode, the researchers avoided a series of related challenges that arise when anodes become soaked in the organic liquid electrolyte as the battery functions. At the same time, by eliminating the carbon in the anode, the team significantly reduced the interfacial contact (and unwanted side reactions) with the solid electrolyte, avoiding continuous capacity loss that typically occurs with liquid-based electrolytes.
This two-part move allowed the researchers to fully reap the benefits of low cost, high energy and environmentally benign properties of silicon.

"The solid-state silicon approach overcomes many limitations in conventional batteries. It presents exciting opportunities for us to meet market demands for higher volumetric energy, lowered costs, and safer batteries especially for grid energy storage," said Darren H. S. Tan, the first author on the Science paper.
Sulfide-based solid electrolytes were often believed to be highly unstable. However, this was based on traditional thermodynamic interpretations used in liquid electrolyte systems, which did not account for the excellent kinetic stability of solid electrolytes. The team saw an opportunity to utilize this counterintuitive property to create a highly stable anode.
Tan is the CEO and cofounder of a startup, UNIGRID Battery, that has licensed the technology for these silicon all solid-state batteries. In parallel, related fundamental work will continue at UC San Diego, including additional research collaboration with LG Energy Solution.
Source and top image: UC San Diego

There are 3 comments for this article

Is this Silicon Solid state battery ready for production ? What the cell parameters i.e. Voltage / AH rating / dimensions etc. ? What are the suitable application areas for these batteries ? What will be the approx price for such a cell ? Is this cell amenable to assembly of Battery Packs ? What will be the life of these batteries in terms of charge / discharge cycles ?

This sounds like what Solid Power is already building in 20AH to 100Ah capacities. Test results with around 1000 cycles for pouch coin cells are posted on their website.