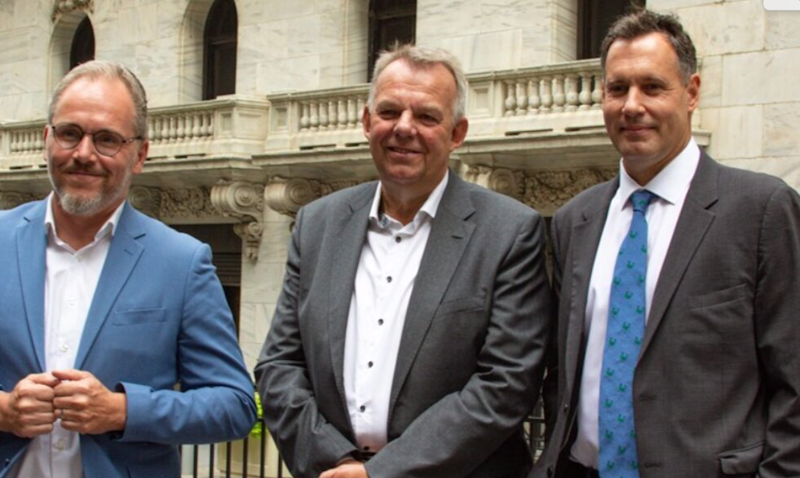 FREYR Battery, a developer of clean, next-generation battery cell production capacity, has announced the formation of a joint venture in the United States between Koch Strategic Platforms and FREYR. The JV, which has a 50%/50% ownership structure, has been established to develop an initial 50 GWh of Gigafactory-scale battery cell manufacturing capacity in the U.S. based on 24M Technologies (24M) SemiSolidTM platform technology. The scale and scope of the targeted development would position the JV as one of the largest battery cell manufacturers in the U.S., using American-borne technology and the sustainable innovation of a premier U.S.-based, global industrial partner in KSP. This venture further progresses FREYR's strategic focus of developing clean, localized battery cell production and supply chains to catalyze emerging energy technology adoption.
"Today's announcement marks a significant milestone for FREYR as we advance our expansion strategy through the U.S. joint venture with KSP," said Torstein Sjøtveit, FREYR's Executive Chairman. "Our entire team is looking forward to collaborating with our U.S.-based strategic partners at Koch and 24M to bring clean, next-generation battery cell production to the U.S. at commercial scale."
"We are pleased to announce the formation of the joint venture with FREYR and our investment in U.S.- based 24M," said David Park, president of Koch Strategic Platforms. "This initiative could create jobs here in the U.S. and foster continued adoption of transformative energy technology."
"KSP conducted diligence on the FREYR investment beginning in January 2021 when we participated as the largest investor in their PIPE offering. We are confident in the prospects of signing significant commercial offtake agreements in both the energy storage and EV sectors that will enable us to select a Gigafactory location in the U.S. next year," said Jeremy Bezdek, managing director of KSP and FREYR board director. For further information see the IDTechEx report on Materials for Electric Vehicle Battery Cells and Packs 2021-2031.
In conjunction with the agreement, KSP and FREYR have invested $70 million in convertible promissory notes with 24M, under which KSP and FREYR will initially invest $50 million and $20 million, respectively. Upon closing of the convertible note financing, the JV entered into a new licensing agreement with 24M that will enable the JV to deploy 24M's SemiSolidTM platform technology with conditional limited exclusivity in the U.S.
"We are delighted to enhance our deep strategic partnership with FREYR and establish a new collaboration with a globally-respected industrial player in Koch," added Naoki Ota, President and CEO of 24M. "The investment in 24M and expanded licensing agreement validate our battery technology leadership and offer potential deployment at commercial scale in the U.S."
The JV will leverage 24M's SemiSolidTM technology, which dramatically reduces the number of steps required to manufacture battery cells while still using conventional lithium-ion raw materials. The SemiSolidTM production platform enables capital and operating cost savings as well as expanded opportunities to recycle materials. Using the 24M technology platform, the JV will have the flexibility to provide next-generation batteries of various sizes and chemistries at commercial scale.
"The establishment of the U.S. JV with KSP and the associated investment in 24M are transformational developments for FREYR," commented Tom Jensen, FREYR's Chief Executive Officer. "These agreements increasingly position FREYR as a leader in modularized production of next-generation battery cells at scale. We are now taking formal steps to offer localized battery supply complementing our initial Norwegian offering to the exponentially growing U.S. market. We are very excited to deepen our key strategic relationships with Koch and 24M as we accelerate our work to establish a substantial commercial production footprint in the U.S."
The announcement follows FREYR's press release on June 11, 2021, which indicated the Company's negotiation with a major multinational conglomerate to develop battery production facilities in North America, and KSP's prior investment in the business combination transaction between FREYR AS and Alussa Energy Acquisition Corp. completed on July 9, 2021.
About FREYR Battery
FREYR is a producer of clean battery solutions for a better planet. Listed on the New York Stock Exchange, FREYR's mission is to accelerate the decarbonization of energy and transportation systems globally as one of Europe's largest clean battery suppliers. To learn more about FREYR, please visit www.freyrbattery.com

.
About Koch Strategic Platforms
With offices in Atlanta and Wichita, KSP desires to be the preferred investment partner of growth focused, strategic companies who are innovating in industries with disruptive potential. Created in 2020, the KSP team pursues public and private investments with companies where long-term mutual benefit can be realized. https://www.kochind.com/
About 24M Technologies
24M answers the world's need for affordable energy storage by enabling a new, more cost-effective solution — SemiSolid™ lithium-ion technology. By re-inventing the design of the battery cell as well as the manufacturing method, 24M solves the critical, decades-old challenge associated with the world's preferred energy storage chemistry: reducing its high cost while improving its safety, reliability, and performance. Founded and led by some of the battery industry's foremost inventors, scientists, and entrepreneurs, 24M is headquartered in Cambridge, Mass. For more information, please visit www.24-m.com