Optimum Pressure to Improve the Performance of Lithium Metal Batteries 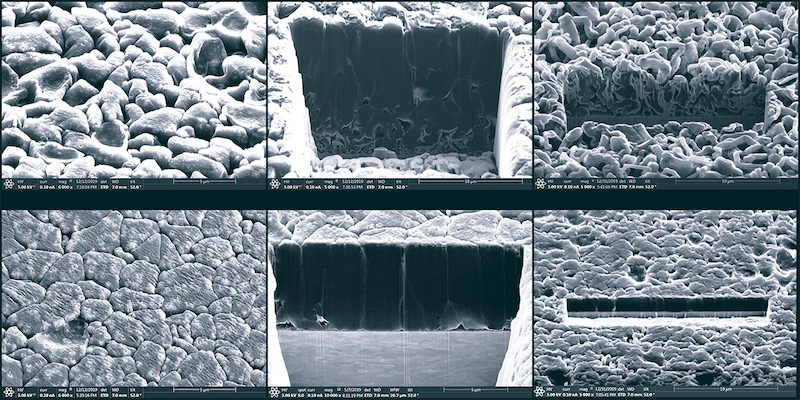 A team of materials scientists and chemists has determined the proper stack pressure that lithium metal batteries, or LMBs, need to be subjected to during battery operation in order to produce optimal performance.
Using lithium metal to replace the graphite for battery anodes is the ultimate goal for part of the battery R&D field; these lithium-metal batteries (LMBs) have the potential to double the capacity of today's best lithium-ion technologies. For example, lithium metal battery-powered electric vehicles would have twice the range of lithium-ion battery-powered vehicles, for the same battery weight. For further information see the IDTechEx report on Li-ion Batteries 2020-2030.
Despite this advantage over lithium-ion batteries, LMBs are not considered a viable option to power electric vehicles or electronics, because of their short lifespan and potential safety hazards, specifically short circuits caused by lithium dendrite growth. Researchers and technologists had noticed that subjecting LMBs to pressure during battery cycling increases performance and stability, helping to solve this lifespan challenge. But the reasons behind this were not fully understood.
"We not only answered this scientific question, but also identified the optimum pressure needed," said Shirley Meng, a professor in the UC San Diego Department of NanoEngineering and the paper's senior author. "We also proposed new testing protocols for maximum LMB performance."
In the Nature Energy study, researchers used several characterization and imaging techniques to study LMB morphology and quantify performance when the batteries were subjected to different pressures. They found that higher pressure levels force lithium particles to deposit in neat columns, without any porous spaces in between. The pressure required to achieve this result is 350 kilo Pascal (roughly 3.5 atmospheres). By contrast, batteries subjected to lower levels of pressure are porous and lithium particles deposit in a disorderly fashion, leaving room for dendrites to grow.
Researchers also showed that the process doesn't affect the solid electrolyte interphase (SEI) structure of the batteries' electrolytes. But manufacturing facilities for LMBs would have to be retooled for this new technique to be applied.
Another way to boost performance is to not completely discharge the battery while it cycles. Instead, the researchers keep a reservoir of lithium where re-nucleation can occur. The researchers' findings were validated at the General Motors Research and Development Center in Michigan.
Separately, researchers at Idaho National Laboratory use molecular dynamics simulations to understand the stack pressure range used in this work, which is much less than that expected based on macroscopic mechanical models. Researchers explained the mechanistic origin of this unique process.
"Research institutions should keep collaborating with national laboratories and industries to solve practical problems in the battery field," said Chengcheng Fang, the paper's first author, who earned her Ph.D. in Meng's research group and is now on faculty at Michigan State University.
Source and top image: UC San Diego