Material Derived From Trees for Electrolytes in Next-Gen Batteries 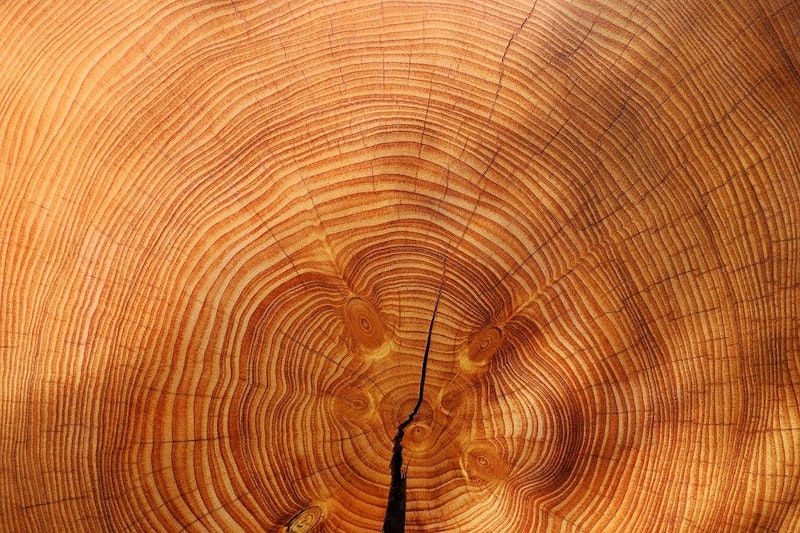 In pursuit of batteries that deliver more power and operate more safely, researchers are working to replace the liquids commonly used in today's lithium ion batteries with solid materials. Now, a research team from Brown University and the University of Maryland has developed a new material for use in solid-state batteries that's derived from an unlikely source: trees.
In research published in the journal Nature, the team demonstrates a solid ion conductor that combines copper with cellulose nanofibrils — polymer tubes derived from wood. The paper-thin material has an ion conductivity that is 10 to 100 times better than other polymer ion conductors, the researchers say. It could be used as either a solid battery electrolyte or as an ion-conducting binder for the cathode of an all-solid-state battery. For further information see the IDTechEx report on Li-ion Batteries 2020-2030.
"By incorporating copper with one-dimensional cellulose nanofibrils, we demonstrated that the normally ion-insulating cellulose offers a speedier lithium-ion transport within the polymer chains," said Liangbing Hu, a professor in the University of Maryland's Department of Materials Science and Engineering. "In fact, we found this ion conductor achieved a record high ionic conductivity among all solid polymer electrolytes." The work was a collaboration between Hu's lab and the lab of Yue Qi, a professor at Brown's School of Engineering.
Today's lithium ion batteries, which are widely used in everything from cellphones to cars, have electrolytes made from lithium salt dissolved in a liquid organic solvent. The electrolyte's job is to conduct lithium ions between a battery's cathode and anode. Liquid electrolytes work pretty well, but they have some downsides. At high currents, tiny filaments of lithium metal, called dendrites, can form in the electrolyte leading to short circuits. In addition, liquid electrolytes are made with flammable and toxic chemicals, which can catch fire.
Solid electrolytes have the potential to prevent dendrite penetration and can be made from non-flammable materials. Most of the solid electrolytes investigated so far are ceramic materials, which are great at conducting ions but they're also thick, rigid and brittle. Stresses during manufacturing as well as charging and discharging can lead to cracks and breaks.
The material introduced in this study, however, is thin and flexible, almost like a sheet of paper. And its ion conductivity is on par with ceramics.
Qi and Qisheng Wu, a senior research associate at Brown, performed computer simulations of the microscopic structure of the copper-cellulose material to understand why it is able to conduct ions so well. The modeling study revealed that the copper increases the space between cellulose polymer chains, which normally exist in tightly packed bundles. The expanded spacing creates what amount to ion superhighways through which lithium ions can zip by relatively unimpeded.
"The lithium ions move in this organic solid electrolyte via mechanisms that we typically found in inorganic ceramics, enabling the record high ion conductivity," Qi said. "Using materials nature provides will reduce the overall impact of battery manufacture to our environment."
In addition to working as a solid electrolyte, the new material can also act as a cathode binder for a solid-state battery. In order to match the capacity of anodes, cathodes need to be substantially thicker. That thickness, however, can compromise ion conduction, reducing efficiency. In order for thicker cathodes to work, they need to be encased in an ion-conducting binder. Using their new material as a binder, the team demonstrated what they believe to be one of the thickest functional cathodes ever reported.
The researchers are hopeful that the new material could be a step toward making bringing solid state battery technology to the mass market.
Source: Brown University
Top image: Pixabay