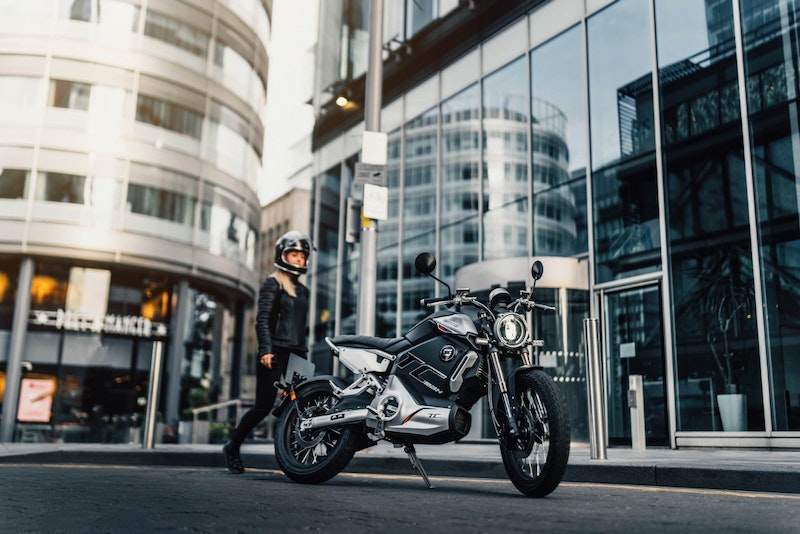 Following a year of solid sales and pioneering firsts, Super Soco has reached yet another historic sales milestone by becoming the first ever 100% electric brand to feature in the top ten best-selling powered two wheelers (PTWs). Until now, the list has been populated only by manufacturers traditionally producing petrol-powered machines.
November registration statistics from the Motorcycle Industry Association (MCIA) show that Super Soco was the tenth best-selling brand of the month. The accolade sees the relatively new company place alongside the likes of Kawasaki, BMW and KTM inside the top ten, and outselling far more established manufacturers such as Suzuki, Ducati, Aprilia and Harley-Davidson. For further information see the IDTechEx report on Electric Two-wheelers 2021-2041.
Super Soco also remains the UK's best-selling electric powered two-wheeler (e-PTW) brand, with its market share rising to 29.57%. Its CPx maxi scooter holds steady as the top-selling electric model, accounting for 20% of e-PTW sales for the year to date and 33% of e-PTW sales for November.
The news comes on the back of Super Soco unveiling the latest model in its line-up at Motorcycle Live at The NEC, Birmingham last week. The CU mini twist and go scooter will see the brand strengthen its position as the leading provider of lightweight and affordable electric urban transport The new model joins Super Soco's existing range of 100% electric machines, which includes the entry-level 50cc-equivalent CUx scooter and TSx motorcycle, as well as the 125cc-equivalent CPx maxi scooter and TC and TC Max motorcycles. Each model features easily removable batteries that can be charged from a domestic three-pin plug within 3-4 hours, providing a highly accessible, better legislated and more powerful alternative to an electric bicycle or e-scooter.
For more information on Super Soco or to find your nearest dealer, visit www.supersoco.co.uk