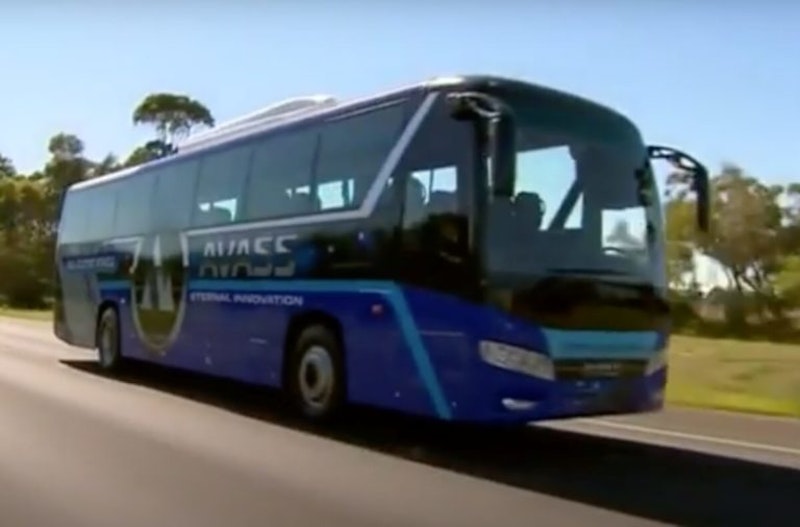 Australia-based Avass Group recently announced that they have signed an agreement with Saudi Arabia to jointly manufacture electric vehicles and lithium batteries.
The Group have endorsed a Memorandum of Understanding (MoU) with HRH Prince Abdulaziz Bin Abdullah Bin Saud Bin Abdulaziz Al Saud in the capital city of Riyadh on December 19. The agreement bolsters Avass Group's plans to mass manufacture full electric buses and lithium batteries in Saudi. The partnership stems from the consideration of strategic advantage that Saudi Arabia has due to its location at a central point between both Asia and Europe. For further information see the IDTechEx report on Electric, Hybrid and Fuel Cell Buses 2021-2040.
Given the increasing consumer awareness of environmental protection and in view of recent development trends of the electric vehicle industry, Avass Group is targeting the huge potential in global electric vehicle market.
Dr. Allen Saylav, Group Chief Executive Officer at Avass said, "At a time when more and more countries are trying to reduce their carbon footprint, it's imperative to boost manufacturing of EVs to meet this goal. Saudi Arabia stands at a central point between Asia and Europe which gives it a strategic location advantage as a production hub. The agreement will also greatly assist the trade relationship between Saudi Arabia and India and help Avass to provide an integrated solution for batteries, EVs," he added. Recently, Saudi Arabia had announced that at least 30% of the cars in its capital would be electric by 2030, as the world's biggest oil exporter has been trying to reduce planet-warming emissions.
The Melbourne-based Avass brand has established its legacy through its commitment to deliver a vast array of research and development technology throughout its locations in Australia, India, Singapore, Indonesia and Saudi Arabia. With a strong presence of dedicated supply chain, the Group is exploring different market opportunities and creating economies of scale.
The partnership with Saudi Arabia will be an extension of the Group's pursuit of cutting-edge technologies to transform the world by creating a clean energy ecosystem. In 2019, when Avass became a subsidiary of the DFT Group Pty Ltd, it strengthened its commitment to continuing technology development by producing a vast array of electric vehicles, components, and lithium-ion batteries.
The DFT Group Pty Ltd is a broad-based international business conglomerate engaged in diverse business sectors, with emphasise on advancing the causes of clean and renewable energy projects and initiatives. The Avass Touring Bus holds the Guinness World Record for an Electric Bus travelling more than 1,000 km on a single charge, and Avass is also the first Australian Electric Vehicle manufacturer to obtain a World Manufacturer ID.
Source: Camine/Avass Group
Top image: Pixabay

As soon as lithium phosphate battery hits the market , customers are waiting to buy because of the current shipping charges are so expensive