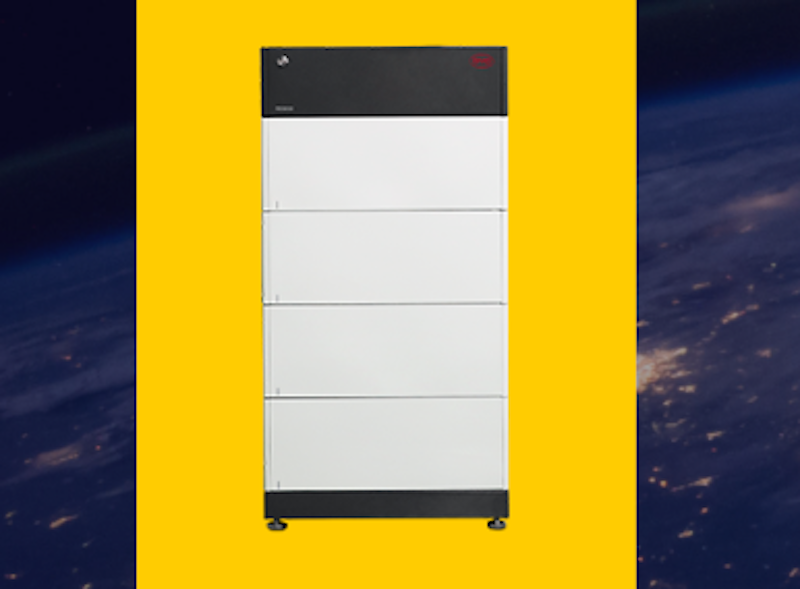 BYD Co Ltd, one of the world's largest manufacturers of rechargeable batteries, announces and expansion of the company's production capacities and expects to deliver 250,000 units of its flagship energy storage system BYD Battery-Box Premium.
"We are very aware of the challenges many distributers and installers were facing in the last two years, when they struggled to fulfil customer demands" said Julia Chen, Global Director, BYD Battery-Box. "At BYD we are in a quite unique position as we produce nearly every component of our system - from the raw materials to the development and production of battery cells, battery packs and battery management systems and the delivery. This is the reason why we have been able to deliver a record number of more than 100.000 Battery-Box systems to the European market in 2021. For 2022 we have expanded our production again and expect to deliver 250.000 system to the market."
BYD has expanded its production capacity for lithium cells to 250 gigawatt hours and had doubled the production lines for the Battery-Box modules. Due to the production expansion the BYD Battery-Box division was able to grow the delivery numbers significantly over the past years. In total currently there are more than 250,000 Battery-Box systems installed globally. The projection for 2022 is matching this number. For further information see the IDTechEx report on Batteries for Stationary Energy Storage 2021-2031.
"We know the projection sounds ambitious," said Julia Chen, "but we have been investing significantly in production capacities as well as in processes optimization, so we can speed-up delivery. Especially the Battery-Box HVS systems, which are very high in demand in the European market for residential energy storage systems, can be shipped in a much shorter time-period. Deliveries-times for the HVM systems will also increase considerably in the second half of 2022 - especially as we have added a very similar option with the new Battery Box-HV Compact (HVC) which we just introduced at EES Europe and which will go to market in Q4 2022."
Overall, the BYD Battery-Box team sees a steady growth in demand for all models of the Battery-Box series - including the high-voltage models HVM and HVS as well as the low-voltage LVS series and the light-commercial systems. In addition to top rankings in efficiency tests, installers also ranked the Battery-Box series as their top choice in 2021.
About BYD
BYD (Build Your Dreams) is a multinational high-tech company devoted to leveraging technological innovations for a better life. BYD now has four industries including Auto, Electronics, New Energy, and Rail Transit. Since its foundation in 1995, the company quickly developed solid expertise in rechargeable batteries and became a relentless advocate of sustainable development, successfully expanding its renewable energy solutions globally with operations in over 50 countries and regions. Its creation of a Zero Emissions Energy Solution, comprising affordable solar power generation, reliable energy storage, and cutting-edge electrified transportation, has made it an industry leader in the energy and transportation sectors. BYD is a Warren Buffet-backed company and is listed both on the Hong Kong and Shenzhen Stock Exchanges. More information on the company can be found at http://www.byd.com.
Source: GC PR
Top image: BYD