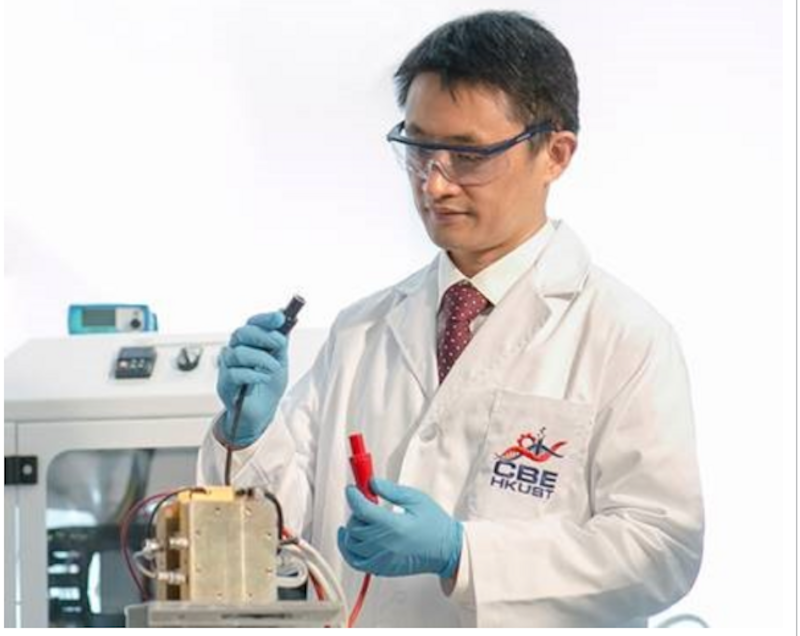 Researchers at The Hong Kong University of Science and Technology (HKUST) have developed a new hydrogen fuel cell which is not only the world's most durable to date, but is also more cost-effective, paving way for a wider application of green energy in the pursuit of a carbon neutral world.
The hydrogen fuel cell is a promising clean energy option as it generates power by converting hydrogen and oxygen into electricity, with zero emission of carbon dioxide, particulate matters and other air pollutants that may cause smog and other health problems. Despite its environmental benefits and years of development, the hydrogen fuel cell was still not widely commercialized. That is because its power generation depends heavily on an electrocatalyst - which is largely made up of the expensive and rare metal platinum. For further information see the IDTechEx report on The Hydrogen Economy, Fuel Cells and Hydrogen Production Methods.
Scientists have strived to develop alternatives by replacing platinum with more common and inexpensive materials like iron-nitrogen-carbon, but those materials are either proven inefficient in power generation or have poor durability. Now, a research team led by Prof. SHAO Minhua from the Department of Chemical and Biological Engineering at HKUST, found a new formula which not only could cut down the proportion of platinum used by 80 percent, but also set a record in terms of the cell's durability level.
Despite a low portion of platinum, the new hybrid catalyst developed by the team managed to maintain the platinum catalytic activity at 97% after 100,000 cycles of accelerated stress test, compared to the current catalyst which normally sees a drop of over 50% in performance after 30,000 cycles. In another test, the new fuel cell did not show any performance decay after operating for 200 hours.
One reason behind such outstanding performance was the fact that the new catalyst has three different active sites for the reaction, instead of just one in current catalysts. Using a formula containing atomically dispersed platinum, iron single atoms and platinum-iron nanoparticles, the new mix accelerates reaction rate and achieves a catalytic activity 3.7 times higher than the platinum itself. Theoretically, the higher the catalytic activity, the greater the power it delivers.
Prof. Shao, also the Director of HKUST Energy Institute, said, "Hydrogen fuel cell is an energy conversion device essential for our aspiration of achieving a carbon neutral world, there is a need to expand its use amidst our fight against climate change. We are delighted to see our research findings bringing this goal a step closer. Thanks to the Government's Green Tech Fund, we will seek to further refine the catalyst and make it compatible with fuel cell vehicles and other electrochemical devices."
Source: Hong Kong University of Science and Technology