India Poised to Become a Major Player in the EV Arena 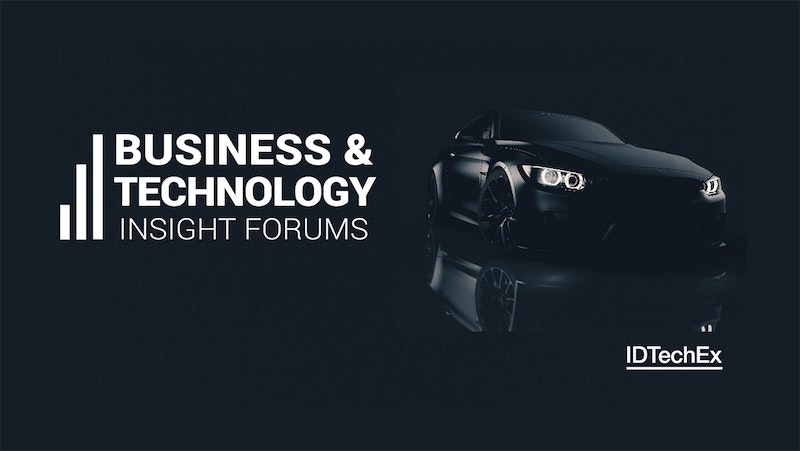 Consumer wealth in India has risen sharply with the growth of industry and urbanisation over the past two decades, transforming the way the South Asian country moves. Travellers who used to walk everywhere now zip around on fast and affordable scooters, and, to a lesser extent, private cars (India sold 3.4 million cars in 2018, putting it in fifth place globally behind China, the U.S., Europe and Japan).
Unfortunately, this chain of events has also created the perfect 'pollution' storm. In terms of PM2.5 levels, India has seven out of the world's ten most polluted cities: Bhiwandi, Faridabad, Ghaziabad, Gurugram, Lucknow, Noida and Patna. As reported by Greenpeace, such levels contribute to 1.2 million deaths yearly. The result is also a large dependence on oil imports, a national security risk, as India produces only 18% of the four million barrels of oil it consumes daily.
The Indian government is steadily turning to electrification to address these issues. It introduced a subsidy for electric rickshaws, scooters and cars in 2015 called FAME II (FAME I was cancelled by 2013), which has since grown the market steadily, as shown in the chart below. There are also plans for an EV mandate, which would send a clear message to OEMs to invest in producing electric models (although such a mandate has not yet been officially confirmed).
The low hanging fruit is certainly two-wheelers: India sold some 20 million petrol scooters in 2017, most under 200cc, accounting for around 80% of vehicle sales in the country and 45% of the global motorcycle market. Electrifying this segment would go a long way towards reducing the country's air pollution. Like traditional motorcycles, electric two-wheelers are also much cheaper than larger vehicles because the most expensive component -- the battery -- is much smaller. 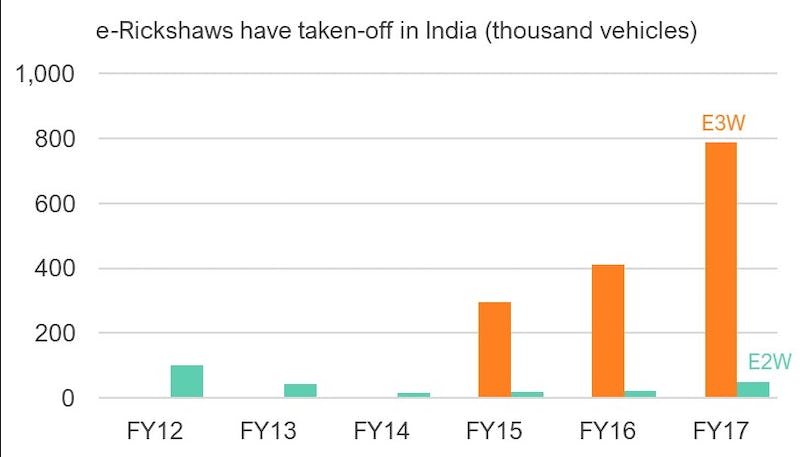 E2W = Electric two-wheeler
E3W = Electric three-wheeler
Data source: Hero Electric
At the other end of the spectrum, buses remain a significant mode of transport in India whilst private cars remain largely unaffordable. Indeed, according to Hero Electric, India's market leader for electric motorcycles, 11.4% of travellers go by bus compared with 2.7% by car and 12.7% by scooter. Therefore, deployment of electric buses is also on the agenda, and recently the Inter-ministerial Committee for Electric Vehicles in India sanctioned 5595 electric buses to be deployed across 65 cities; to help supply this emerging industry with large batteries, India is further planning 40GWh of battery production over the next ten years.
IDTechEx will be discussing these trends and more at the upcoming Electric Vehicle forums held on 3 - 4 December in Stuttgart, Germany, which includes a dedicated session on India. For more information on the event, please visit - www.IDTechEx.com/Stuttgart
To learn more, the report "Electric Two-Wheelers 2019 - 2029" provides a detailed global assessment of the electric bicycle, scooter and motorcycle markets by region: www.IDTechEx.com/twowheel

Sustainable Production, Traceability of Materials for Batteries
Fast-Charging Supercapacitor Technology
How are Batteries for Boats and Ships Different?
Upcoming Webinar on the Topic of Hydrogen Economy