3 Types of Car That Have Prospered Despite COVID-19 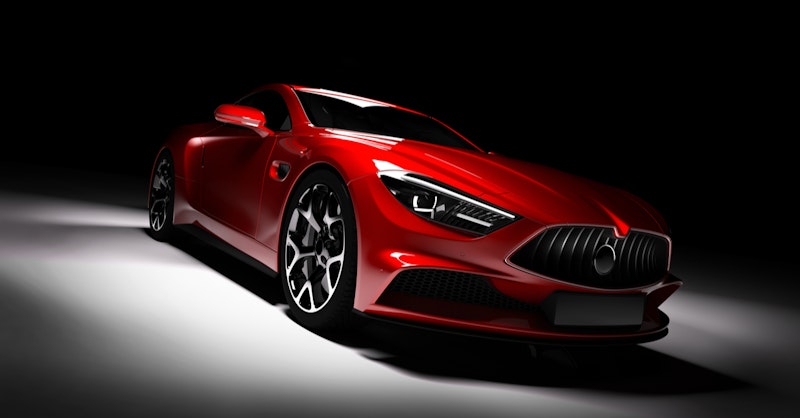 COVID-19 has had a drastic effect on the automotive industry. We have seen shutdowns of factories, fewer people commuting to work, and an overall shift in the landscape of transport. Car sales in 2020 dropped by 6% in China, 24% in Europe, and 14% in the US. Despite these damning figures, there is a silver lining: electric vehicles (EVs). Despite the overall impact on the automotive industry, sales of high voltage hybrids (HEVs), plug-in hybrids (PHEVs), and battery-electric vehicles (BEVs) all saw an increase in most regions across the globe. If we take Europe as an example, sales of petrol, diesel and other alternatively powered vehicles (APVs) all saw a significant decline in 2020, but HEVs were up 54%, BEVs up 107%, and astonishingly, PHEVs were up 211%! Clearly, there is a growing and accelerating demand for EVs. 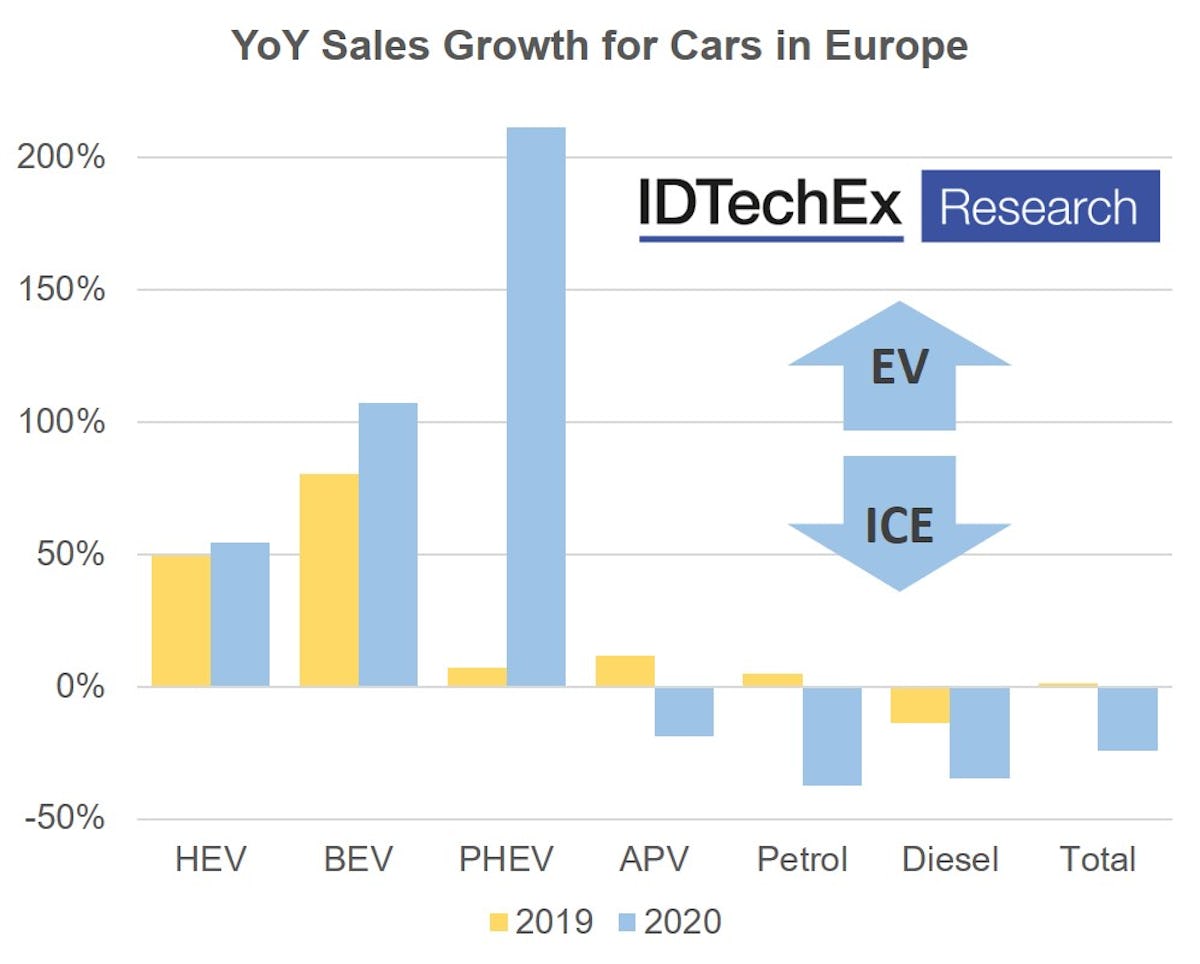 In Europe, HEVs, BEVs, and PHEVs have seen very strong growth despite COVID-19. Source: IDTechEx report "Electric Vehicles: Land, Sea and Air 2021-2041"
IDTechEx carries out market research for a variety of EV categories including cars, buses, trucks, aerospace, mining, and more as well as reports specific to BEV and PHEV cars and HEV cars. These reports include detailed information relating to components such as batteries and motors as well as market drivers, limiting factors and opportunities.
HEVs are currently the drivetrain of choice for Japanese automakers such as Toyota and Nissan, with very strong sales for these companies across Japan and Europe. They are a much more mature technology than BEVs and PHEVs, but still provide improved economy and CO2 figures which help meet emissions standards and can be sold in much larger quantities currently. Despite only a moderate fuel consumption and emissions reduction, IDTechEx sees a very promising market for the HEV in the next decade, especially in the EU, before post-2030 fossil fuel bans start to hamper their market.
The massive growth of PHEVs in Europe has been driven by Germany and automakers BMW, Audi and Mercedes. PHEVs are often purchased as company cars thanks to their low fuel consumption and CO2 emission ratings. They also help automakers to meet their emissions targets but are somewhat controversial in this regard because the real-world values can differ significantly from the ratings on the WLTP cycle. IDTechEx believe that PHEVs will not continue to be looked upon so favorably when it comes to emissions and under revision of current driving cycles, will become far less beneficial for automakers and their emissions targets.
BEVs continue to gain market share and big automakers that have been slow or reluctant to adopt BEVs are finally making big investments and transitions towards electrification. There are still challenges to widespread BEV adoption, whether this be range anxiety, charging infrastructure, or cost, these concerns are starting to fade and with the roadmaps set out by so many automakers and governments, IDTechEx expects BEVs to be the dominant form of transport in the long run.
For more information on various EV markets please see the reports from IDTechEx on "Electric Vehicles: Land, Sea and Air 2021-2041" and "High Voltage Hybrid Cars, Buses and Trucks 2021-2041". For the full portfolio of Electric Vehicle research available from IDTechEx please visit www.IDTechEx.com/Research/EV.
IDTechEx guides your strategic business decisions through its Research, Subscription and Consultancy products, helping you profit from emerging technologies. For more information, contact research@IDTechEx.com or visit www.IDTechEx.com.